Show of the Week: Reginald The Vampire 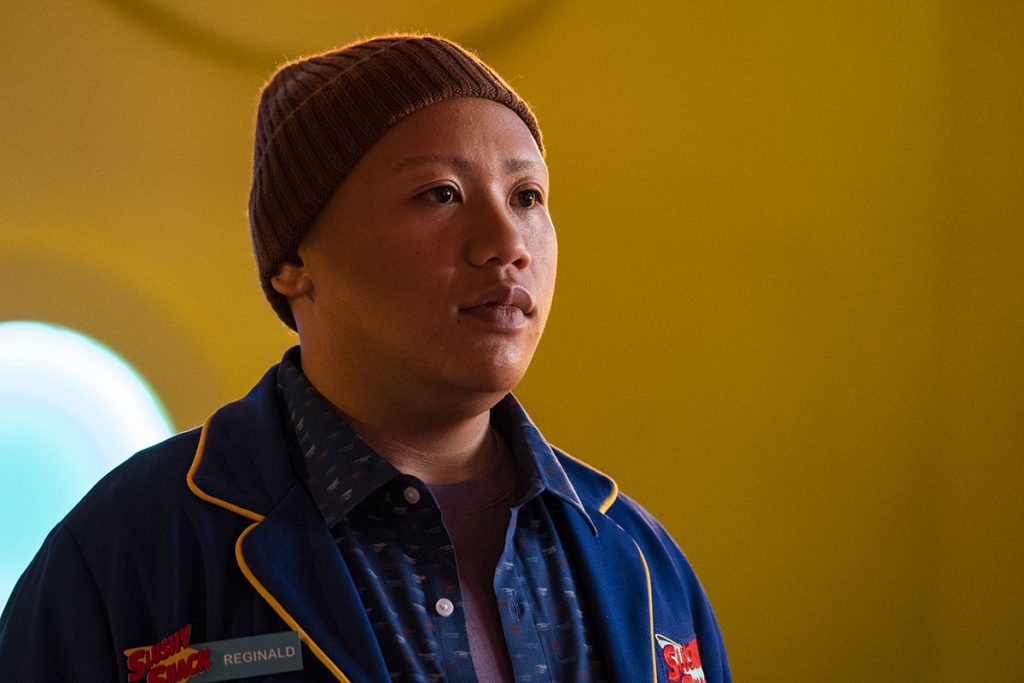 Reginald is not your ordinary vampire and this show – already acquired by Hulu in the US and Amazon in Canada – is not your typical drama.

The 10-part Reginald The Vampire is based on Johnny B. Truant’s Fat Vampire novels and stars Jacob Batalon (Spider-Man: No Way Home) as Reginald, with the series turning traditional vampire tropes on their head.

The story tracks the newly undead Reginald as he crashes into a world populated by beautiful, fit and vain vampires. Despite his new un-life, Reginald must overcome obstacles ranging from a bully boss, to falling for a human girl he can’t have, and a vampire chieftain who wants him dead.

“The idea for the show came about at the tail end of a general meeting with an old friend, who was working at BBC America at the time,” explains showrunner, Harley Peyton. “He mentioned a book he thought we might like called Fat Vampire. He was right – we liked it a lot. And we optioned it shortly thereafter.”

Peyton says the book provided a “fresh take” on vampire mythology but, more importantly, managed to provide a critique of the way beauty is assessed.

“Or, more to the point, the way body shaming is a blight inflicted on those who deserve better,” Peyton says. “The latter is offered with a wonderfully sharp sense of humour and that’s a vital part of the book series. Our TV storyline, as is often the case, keeps close to certain elements of the novels but also moves far afield at other times. It’s a kind of collaboration between the two mediums.”

The show “goes from comedy to horror to drama to romance to sorrow and then back to comedy… in the same scene,” Peyton adds, and while familiar vampire tropes are “honoured and explored”, new elements are also added.

“In Jacob Batalon, we have an actor that I believe people will want to follow and watch as he navigates all the obstacles placed before him. Sure, he’s well known for his work in the Spider-Man movies and deservedly so. But this role allows Jacob to really show what he can do. And he can do a lot.”

While Batalon will drive international audiences, Cineflix Rights’s head of scripted, James Durie, says he will also open the show to a wide array of viewers.

“Having Jacob Batalon, the break-out star of one of the biggest grossing Hollywood films of all time, as the lead actor obviously gives the series incredible global appeal – not just to Spider-Man fans but also wider audiences. But just as importantly, Reginald The Vampire has been put together by a creative team with a strong track record, and the young diverse cast and storyline tackle modern day beauty tropes in a new, clever and funny way, which we think pushes the right buttons for young adults and fantasy fans around the world.”

“My hope is that international audiences will respond to the way we approach the vampire genre with comedy and romance — and do so with a cast noteworthy for both its talent and diversity,” Peyton adds.

“This is a show that looks like the wider world which is something that should appeal to audiences all over the globe.”