Show of the week: Dounia 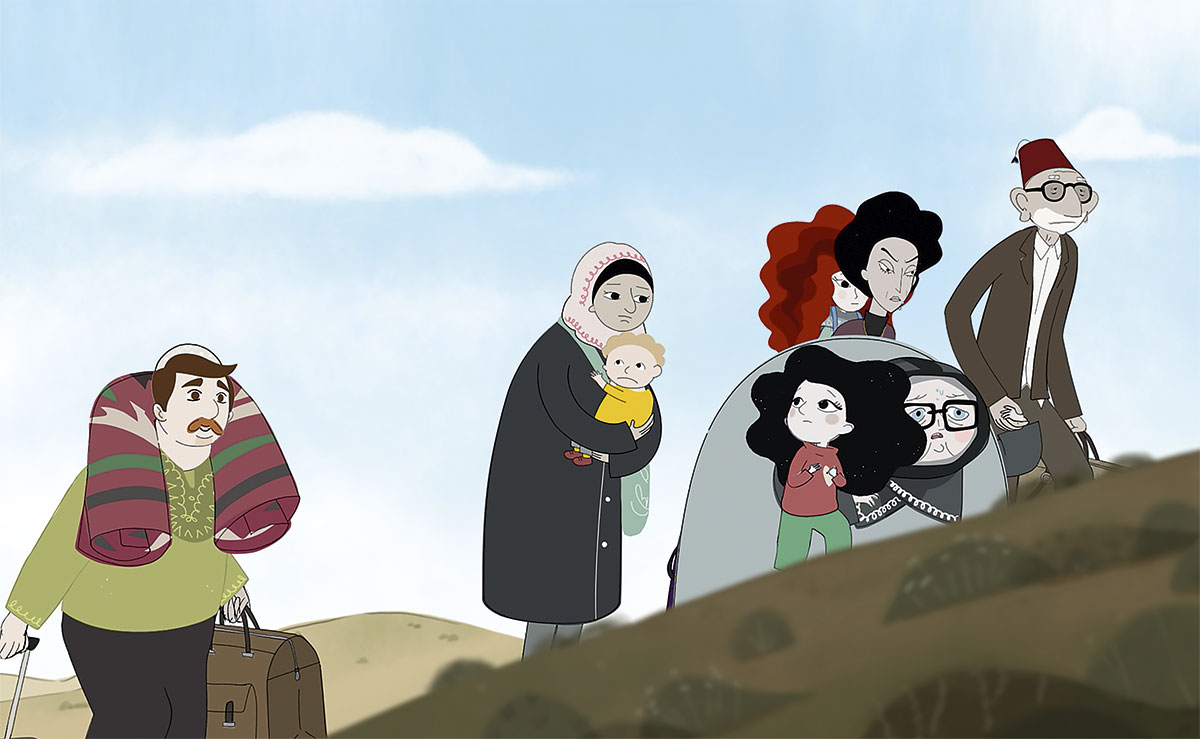 Arriving on the global market at what feels like a particularly resonant time, this 6 x 8-minute animated series tackles issues of war and displacement in a way that is suitable and informative for audiences aged 6-9.

It follows the story of the titular Dounia, a young Syrian girl who is forced to flee her home in search of a new one, due to violent conflict, becoming a refugee on an international journey.

“With Dounia, I wanted to raise important questions to start a conversation with children, while creating an initiatory tale that is universal, full of poetry, of magic and joy,” show creator, writer and co-director Marya Zarif tells TBI. “Since the start of events in Syria in 2011, I have observed how the subject has been both over-publicised and very poorly understood. All of a sudden, the country of my childhood was nothing more than a name for desolation and destruction.”

Joined by her grandparents as she travels around the world in search of asylum, Dounia encounters many people and experiences many great adventures. And, when she encounters an obstacle that seems insurmountable, the wisdom of the ancient world comes to her rescue in the form of the baraké seeds of her grandmother.

“It was important for me to tell a story that dug deeply into Syrian culture. Details of daily life, traditions around cooking, music, myth, legend and, quite importantly for Syrians, the language itself and its mosaic of images and historical references were all celebrated,” explains Zarif.

“The magic of the baraké seeds represent the roots of Dounia. Like the seeds, this magic finds its place in the smallest things, which remain no less ever so rich and marvellous. Ultimately, this is what will allow her to overcome life’s obstacles and move forward.”

Zarif is quick to point out that the uprooted Dounia is “far from being a victim” and instead is “an empowering little magician who finds in herself the resources to overcome obstacles.”

“Thus, she embodies a lost generation of little migrants. She gives a voice and a face to these children and offers them a positive reference model that will help them overcome their traumas,” says Zarif.