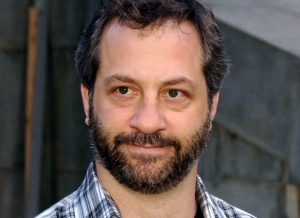 Judd Apatow, the US director, producer and screenwriter behind The 40-Year-Old Virgin and The King Of Staten Island has inked a new multi-year TV and film deal with NBCUniversal.

The pact, which will cover work with Universal Pictures and Universal Studio Group, will expand upon Apatow’s existing relationship with the company, which has seen him helm some of the studio’s most successful comedy features. It will now cover TV projects for both internal and external networks, including for the company’s streamer Peacock.

Projects in development include Dystrophia, a co-production between UTV and A24, starring Steve Way and co-written with Jonathan Braylock and Ramy Youssef.

Youssef, who struck his own first-look deal with Amazon Studios last week, will also produce alongside Apatow via his Cairo Cowboy label. The half-hour series is loosely inspired by Way’s own experiences as someone with muscular dystrophy, and follows a young man navigating life, romance and the health-care system.

Apatow’s previous TV productions include The Larry Sanders Show, The Ben Stiller Show, Freaks And Geeks and Love and the HBO documentary The Zen Diaries of Garry Shandling.

His film credits also include Knocked Up, Bridesmaids, Anchorman: The Legend Of Ron Burgundy, Forgetting Sarah Marshall and Superbad. Apatow’s next feature is the Netflix comedy The Bubble, while he is also co-directing the HBO documentary George Carlin’s American Dream.

“We, like most audiences, are fans of his unconventional characters and unparalleled brand of comedy. We look forward to giving him a creative environment to do what he does best – make us laugh.”

Apatow added: “For 18 years Universal Pictures has been an incredibly creative and supportive partner in my film career. It only took me 18 years to realize I should probably try to do that with the television studio, too. I am so excited to get started.”