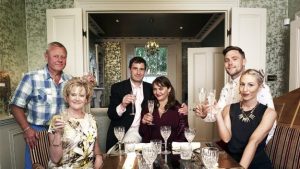 Come Dine With Me

HBO Max in Mexico has ordered a local version of ITV Studios reality format Come Dine With Me.

The new adaptation comes as Greece, Croatia, Chile, Brazil, Latvia, Czech Republic, Ukraine, Turkey, Slovakia and Sweden have all renewed their contract for brand-new seasons, as has Germany’s VOX, which has ordered it’s 25th season.

The news follows last month’s announcement that Channel 4 in the UK has commissioned a new spin off show Come Dine With Me: The Professionals, produced by MultiStory Media, part of ITV Studios.

Arjan Pomper, MD Global Entertainment, ITV Studios said: “Come Dine With Me is one of those beloved formats that just keeps growing! Not just with new commissions and recommissions, but also with the brand new spin-off Come Dine With Me: The Professionals. We can’t wait to show this latest spin-off to the countries as this version has just as much international potential.” 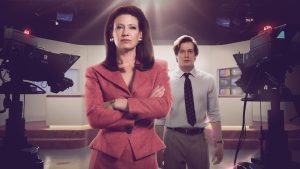 Eden includes shows such as drama series The Newsreader and Finding Alice, while Rush will feature titles like Manhunt with Joel Lambert, Man vs. Wild with Bear Grylls and The Wheel.

Both services will launch on 21 March.

Mezzo comes to Brazil via Claro

Through this strategic alliance, Mezzo Live HD comes to Latin America as part of THEMA America’s linear and on-demand offering. Mezzo Live HD and Mezzo VOD will be part of the company’s Claro box tv offering through its basic HD package.

Starting this month, the service will also be available on NOW, Claro’s streaming plataform.

“The mission of Mezzo is to share the very best of classical music, dance and jazz with the largest possible audience. We are delighted to add Brazil in our 80+ territories existing reach. This partnership with Claro marks our first LATAM distribution agreement. Brazil has a long tradition of cultural exchanges with European artists. Mezzo is proud to bring its contribution in that field,” said Hervé Boissiere, CEO Mezzo.