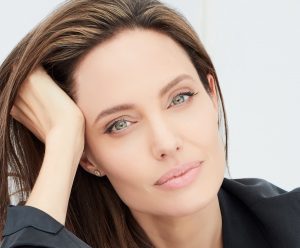 Fremantle has struck a three-year pact that will see actress Angelina Jolie develop an “internationally focused” slate of films, documentaries and series together, in which she will produce, direct, and/or star.

The deal, which starts immediately, will see Jolie and Fremantle working together on “championing underserved and diverse voices from across the world”.

Local language projects are included in the deal and will see Jolie working with Fremantle’s production companies and talent across the 26 territories in which it operates. This includes supporting other writers and directors regionally to help them get their projects made.

The first projects are already in the works, with Jolie set to produce and direct feature film Without Blood this May in Italy. Jolie adapted the script from the novel by Alessandro Baricco, which explores war, revenge, memory, and healing.

Upcoming feature projects, documentaries and series are also in the works, Fremantle said, with more news to be announced soon.

Fremantle Global CEO Jennifer Mullin and Andrea Scrosati, group COO and continental Europe CEO, will be advisors on the slate along with Lorenzo De Maio of De Maio Entertainment.

Jolie said: “To have the freedom to tell important stories and bring them to a global audience is at the heart of this agreement with Fremantle. I am excited to be working with such a passionate and forward-looking team that has an international perspective.”

Mullin added: “We are thrilled to be partnering with Angelina, joining creative forces in the next phase of her extraordinary career as a producer, director, actor and humanitarian.

“Fremantle and Angelina share the passion and ambition of telling compelling stories from everywhere in the world, for everyone in the world. We embrace and support the creative independence of our partners and look forward to working with Angelina to bring powerful and unique stories to a global audience.”