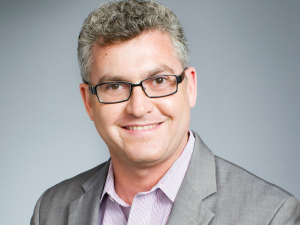 Eilenberg has been confirmed as head of original content at the AVOD and FAST streamer, in a move that marks the latest expansion of Roku’s original strategy.

He will join in April and will report to Rob Holmes, VP of Programming at Roku.

The streamer acquired around 70 shows from defunct shortform streamer Quibi last year that it then branded as Roku originals and the company has since extended a number of them, including Die Hart, into second seasons.

The Quibi deal was followed by a $100m acquisition of home improvement brand This Old House, which saw the AVOD operator taking rights to 1,500 episodes and gaining rights to offer the latest show after its debut on PBS.

He also works closely with ITV’s UK-based team to exploit a range of formats for US development and production. Eilenberg was previously president of ITV Entertainment and before that, SVP of unscripted development, late night and specials at Turner’s TNT and TBS.

Holmes said: “With millions of streamers demonstrating there is a strong appetite for original programming on The Roku Channel, it is the perfect time to welcome one of the most experienced and well-respected creative executives in the business to oversee the next exciting phase for Roku Originals, while also helping us further establish The Roku Channel as a destination for users to watch great free original programming and advertisers to reach scaled audiences only available in streaming.”

Eilenberg added: “Roku’s culture of innovation and relentless focus on creating the best possible experiences for viewers make it a natural home to launch terrific original series, and I look forward to finding and nurturing those series under Rob’s leadership and with the exemplary team he has built.

“I’m also immensely grateful to David George, Adam Sher, Danielle Bibbo and all my colleagues at ITV America for an incredible six years of teamwork and creativity, and I expect to remain in business together in my new capacity.” Deadline first reported the news.

This story has been updated to reflect Roku’s confirmation of the appointment.