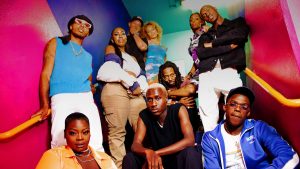 The 10 x 45-minute series, which is produced by Bandicoot Scotland (part of Argonon Group), debuted on ITV2 and ITV Hub in the UK in December. It will launch on Hulu tomorrow – 10 February.

Abacus MD Jonathan Ford commented: “This is a very different reality series which we are sure will be a strong show for Hulu. It is shot in a unique way, combining ‘tik tok’ style and real-life footage.

“It is warm, engaging and funny and you can’t help but become caught up in the lives of this disparate and ambitious group as they work hard and play hard to reach success in Peckham.” 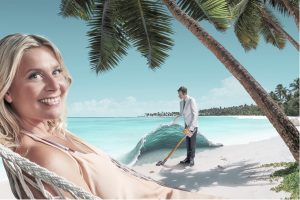 The reality competition show follows six duos on the adventure of a lifetime – competing to land a job as resort managers at a luxurious paradise location.

The 10-part series is launching on 22 February in prime time on VTM in Belgium, and will track the ambitious duos as they are tested on all aspects of the hotel industry, from front office to housekeeping, catering to dealing with guests.

Lecter Media, which is also behind the retrotainment format Greetings From 19XX, will represent Dream Job In Paradise in the Netherlands, Germany and the US. All other territories will be handled by Be-Entertainment. 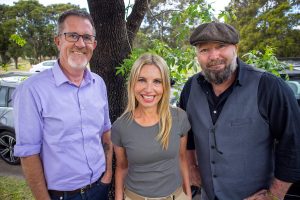 The channels have taken both seasons of the original Nine Network Australia show, for a total of 20 x 60-minutes. Additionally, Bloom Media House, whose CEO is former Masterchef Italia EP Marco Chiappa, has just optioned the format rights to develop the series in Italy.

Produced by Fred Media’s parent company, WTFN, Space Invaders is a mix of de-cluttering, renovation and transformation, as host Peter Walsh pushes families to take ownership of their ‘stuff’ and turn chaos to calm.

Karen Connell, Fred Media’s senior sales manager for UK & Western Europe, was responsible for closing each of the deals. She comments: “We are thrilled that Space Invaders is proving to be so popular and are excited that the second season gives even more opportunity to broadcasters looking to establish new programme brands for their audiences.”