A DVD-rental service operated via almost 40,000 automated kiosks might seem like an antiquated idea, yet US-based Redbox is now uniquely positioned to take its 39 million subscribers into the digital age. Richard Middleton talks to CEO Galen Smith about originals, acquisitions, FAST, AVOD and SVOD.

Much has been made of the near saturation of the North American SVOD market, where established players such as Netflix have found substantial growth tricky for years.

Yet there remains a swathe of viewers, or late adopters, who are yet to engage with streaming and many of them are customers of Redbox.

The US-based operator has had a storied history, initially starting life in the early 2000’s as an idea from the business development division of fast-food restaurant McDonald’s. Fast-forward two decades and Redbox floated on the NASDAQ – still renting out its DVD’s from kiosks but with a myriad of more digitally-minded operations also in play.

We’ve done deals with everyone from Sony, Warner Bros. and Lionsgate to the independents – we’ve had relationships with the majors for almost 20 years but we want to expand beyond that

“The thing that’s really interesting about our consumers is that they are value based,” says Galen Smith, CEO of Redbox, taking to TBI from his base in Seattle. “This is the discount value oriented shopper, the later adopters of tech and those who have not made a full shift to streaming yet. We have 39 million members in our loyalty program and we want to take them from the physical world to the digital world over time.”

Today, Redbox operates a variety of FAST channels and an AVOD streamer, with an SVOD launch also in the works. It is looking for content from international distributors and launched a ‘studio’ division, which is investing in original content.

In many ways, the throwback nature of its kiosk-based DVD rental service masks a company that is now pressing the fast-forward button on its customers’ shift to streaming. Yet like its online-only rivals, the pandemic and associated supply issues have provided a topsy-turvy few years.

“Covid has been really interesting for us,” says Smith. The first two quarters saw movies destined for theatres instead finding alternative distribution, including to destinations such as Redbox, and he admits there was “a real nice benefit”.

But then came the lull, as production dropped off. “In 2019, we had 140 theatrical movies to our kiosk and digital service, 2020 that went to just under 70 and it was under 60 in 2021,” he says. “That delay in shows coming out theatrically then going to home has been a factor on the business.”

Somewhat fortuitously, just as the pandemic was first hitting the US, the company launched its Redbox Free Live TV service, launching with 30 FAST channels that provide scheduled content, from TV episodes to movies.

“We’ve since expanded that to over 125 channels today,” Smith continues, adding that the channels are also available via third parties, which in turn help to spread the word about the company’s offer.

There’s also the AVOD play, Redbox On Demand, whose library has rapidly grown to more than 5,000 titles. The company has struck deals with many of the US studios, with whom it has long-standing relationships via its kiosk business, and last year snagged FAST and AVOD rights from Lionsgate for a selection of its shows.

Smith says the line-up of programming is “constantly building and refreshing”, with a focus on movies but an increasing amount of TV content now also being acquired and added.

Redbox is also expanding plans for an SVOD option, allowing customers to access a myriad of services “all through a single pane of glass,” as Smith puts it. For his late-adopting customers, providing an intuitive and easily accessible service could be a gamechanger that opens up millions of new US customers.

“We didn’t need another branded SVOD service, there are plenty out there already – but what we do uniquely bring is a differentiated customer base that we can then take to other streamers and get them to sign up. We stand-in the middle and create this incredible experience for consumer.”

The idea is to enable viewers to flick between their chosen consumption method, be it a lean-back FAST channel, an AVOD library or an SVOD suite. 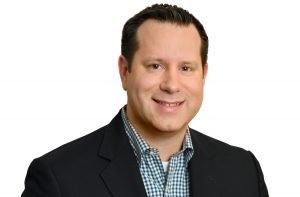 For acquired IP, this approach necessitates a bespoke rights strategy. “Ad-supported content is typically on rev share and then licensing some others, for example,” Smith says, “but the beauty for us is that we know what our consumers want based on almost 20 years of being in the market. We know what they like – action-packed, recognisable stars, comedies, family movies. We have much better intel so we know what we want to go after and build.”

Smith adds that while Redbox is “synonymous with movies”, it is bulking up on its TV content. “What is fascinating about FAST is that it is a different experience, consumers are looking for more shows and series, and if you look at our FAST channels you’d see most of it is TV series and short form content.”

Smith admits the focus for Redbox at present is purely on the US, but he is keen to speak to “everybody” on the content acquisition side.

“We want the broadest content offer we can, we’ve done deals with everyone from Sony, Warner Bros. and Lionsgate and we’re also talking to a lot of independents. We’ve had relationships with the majors for almost 20 years but we want to expand beyond that.”

And while investing in original TV isn’t in the immediate offing, spending on movies has already occurred, with the likes of Tom Hardy-starring Capone, The Last Son with Heather Graham, and Morgan Freeman’s Muti.

“In 2019, we launched Redbox Entertainment, almost as a studio to be able to go out to licence and produce titles that would work for other parts of the business,” Smith explains.

With some of those titles now coming out of other windows, the opportunity for wider distribution has emerged. “We’ve sold to Amazon, Hulu, Netflix, Starz, Showtime – and once those streaming windows are over, the shows come back and are available for ad supported, or on FAST or Redbox channels, or just on demand.”

And then there’s the kiosk business, which Smith believes will continue to run for years to come despite the inevitable shift to streaming.

“There’s that tactile element, it’s accessible and affordable,” he says, adding that poor broadband availability in many parts of the US also means the physical business will remain a “key component for a certain segment of the customer base.”

They also provide an entry point for streamers, the CEO adds, with Redbox’s kiosks running ads that can help convert SVOD-averse customers to services.

“If you went to most kiosks today you’ll see we’re running a partnership with CuriosityStream for example, which allows us to help them drive subscriptions,” he explains. It is another example that alongside Redbox’s rapid digital expansion, the incremental business of shifting viewers and expanding their options continues.