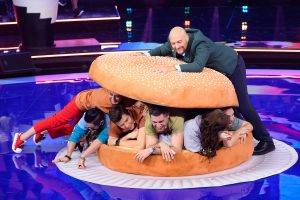 ‘Anything Goes’ to Russia 1

Russia 1 has commissioned an adaptation of the Banijay format Anything Goes.

Local prodco WeIT Media will produce this version of the show, which sees comedians and well-known faces carry out mime, musical, dance and improvisation tasks, as well as quizzes based on specific challenges.

The format has been adapted in 28 territories iso far, including the US, Mexico and Italy.

Yulia Sumacheva, MD of WeiT Media commented: “Anything Goes compliments our ever-expanding slate of entertainment shows which include All Together Now, Mystery Duets, and the recent return of Fear Factor.”

Lucas Green, global head of content operations at Banijay, added: “The Russian entertainment space has gone from strength to strength and this commission taps into the trend for fun, upbeat formats.” 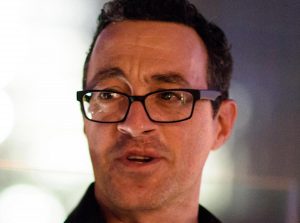 Working alongside Trioscope co-founders L.C. Crowley, Brandon Barr and Greg Jonkajtys, Lucas, the former CTO and CPO at Roblox, will drive strategy on many fronts including deploying Trioscope’s enterprise product to producers and studios.

Known for building products from startup to scale with a knack for managing complex details, Lucas also will advise on the development of Trioscope’s highly anticipated consumer-platform plan.

“Keith will be instrumental in catapulting Trioscope’s global influence beyond film and TV,” said L.C Crowley, co-founder and CEO of Trioscope. “He has a passion and unique ability for helping companies unlock their creativity to masterfully bring their visions to vivid life. We’re enthused by his innovative mindset, which will fit hand in glove with Trioscope’s mission to unleash limitless imagination for storytellers of all kinds.”

The series sees 12 influencer contestants battle it out to be crowned the best emerging fashion influencer, ultimately winning a trip to one of the fashion capitals of the world, as well as brand and product contract opportunities.

Gary Pudney, founder and MD of O4 Media, said: “We’re looking forward to expanding into some exciting new markets with this format. The characters Superlike Challenge attracts are exceptionally creative within the industry, and the cross-pollination opportunities are countless. We can’t wait to see what this year brings in terms of Latin American content for us.”

US network NBC has ordered an as-yet-untitled drama pilot based on the Dutch series A’dam – E.V.A.

The original show ran from 2011 to 2016 and follows the story of two strangers who keep running into one another, leading them both to believe in fate.

The project has been in development at NBC since 2019 and will be produced by Universal Television in association with 6107 Productions, Inc., David Janollari Entertainment, Silver Lining Entertainment and Willy Waltz International.