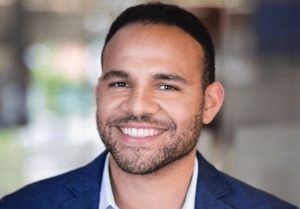 Reporting to Higher Ground’s head of film and television, Tonia Davis, Lewis joins the company as SVP of unscripted & non-fiction, having previously served as head of unscripted & branded content at Michael Strahan and Constance Schwartz-Morini’s firm, which he joined in 2018.

He will take responsibility for a slate on non-fiction projects from the company that is behind productions including natural history docuseries Our Great National Parks and the feature documentary American Factory.

Lewis has previously produced and sold shows including HBO’s docuseries The Cost of Winning, ESPN’s 30 for 30: Deion’s Double Play and Wiz Khalifa: Behind the Cam for Apple Music.

His previous roles include at WME, Adaptive Studios, Project Greenlight Digital Studios and The Story Lab.

“I am thrilled to be joining the amazing team at Higher Ground,” said Lewis, according to Deadline, which first reported the news of his appointment.

“Whenever I watch or listen to a Higher Ground project I know I’m getting something of the highest quality with a story that matters. I’m excited to be a part of the team and continue that work with new unscripted and non-fiction stories.”