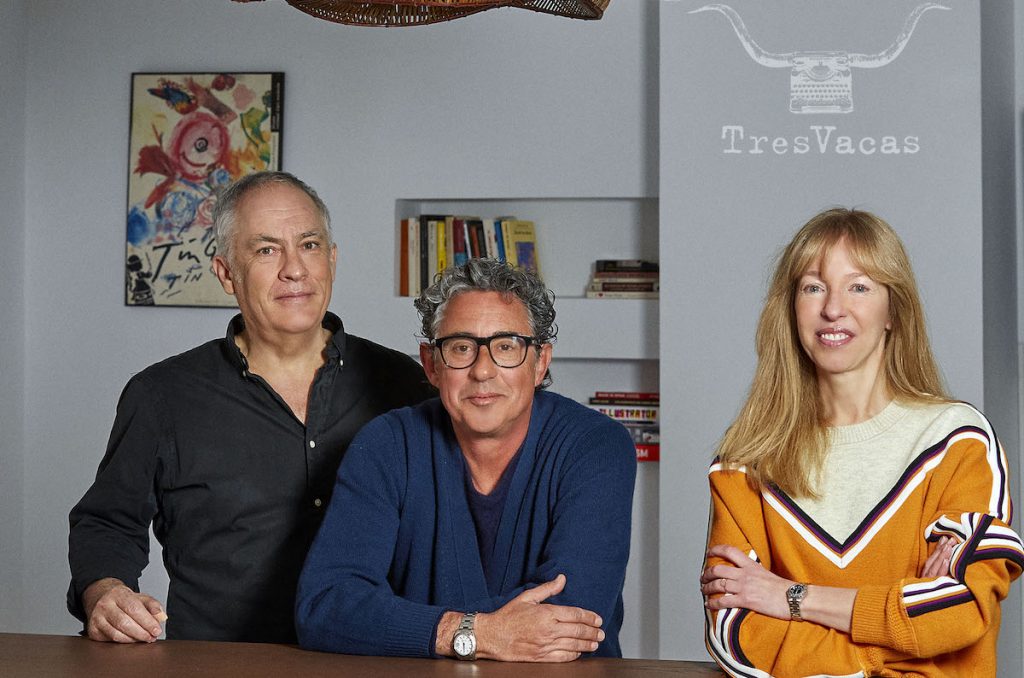 Huertas has more than 30 years in the industry, with stints at Spanish broadcasters including Antena 3 and Canal+, as well as the production company Globomedia.

He is joined in this new venture by writers and showrunners Pilar Nadal and Felipe Mellizo, whose joint credits include scripted shows such as Médico de Familia, Companeroes, Periodistas, Un Paso Adelante and Águila Roja, as well as the more recent Amazon Prime Video series El Cid and Parot.

Tres Vacas is one of the brands that comprise Prime Plot, a production group established in October 2021 by Huertas. Prime Plot is the parent company to a host of firms devoted to the creation, development and production of content including scripted, entertainment, factual and documentaries.

“Our aim is to conceive relatable stories capable of engaging with the audience from the first minute, based on in-depth character development that allows us to construct long and strong narrative arcs”, said Huertas, founding partner and managing director of Tres Vacas. “We become closely involved in our productions from start to finish in order to accomplish high-quality series”.