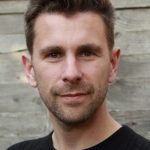 At the beginning of 2021, I was a freelance development consultant working up ideas and pitching them to linear broadcasters and streamers. As we start 2022, I now find myself moving into a full-time permanent position at Quintus Studios, a next generation AVOD broadcaster and distributor. How times have changed!

There was a time during the peak of Covid that work opportunities were less about choice and more about necessity. However, when the opportunity arose to move into the digital world, I felt I couldn’t turn it down. Having worked for a linear channel for several years and then moving into production, what was behind my decision to enter this brave new world?

It’s certainly not because TV is dead. In some respects, unscripted content is at its healthiest for as long as I can remember. However, on the other hand, I have also found it to be formulaic, risk-free, and safe. Yes, there are still unique and original ideas coming to our screens, the recent Steve McQueen series Uprising for the BBC being a favourite of mine as an example. But there are still remakes and reboots a-plenty that make me sigh in despair too.

I spent the first half of this year developing my own ideas, alongside those for others, trying to get something off the ground. Granted, I don’t expect everyone to like everything I’ve sent, let alone commission them. But I’ve found this year even more difficult than previous in trying to break through the barrier and at least discuss content, rather than send just a dismissive “this won’t work for us” – or sometimes offer no response at all.

The content I send may not be quite right, but unless channels are willing to engage in conversation about it, then I may always be slightly off the mark. Plus it’s good to talk, right? We don’t even have to engage in a physical meeting if you don’t want to! But it’s difficult to build new relationships and push forward-thinking ideas if there is not a joint effort to do so, especially when a lot of time and effort has gone into writing, designing, and fine tuning a pitch to then receive no constructive feedback or no reply at all.

This is of course not always the case. I’ve had many great discussions around content and even the odd greenlight or two. But things could be improved and made better by a little more engagement, with the goal to develop and bring to the screen thought provoking, innovative and original unscripted content.

“In some respects, unscripted content is at its healthiest for as long as I can remember – on the other hand, I’ve found it to be formulaic, risk-free and safe”

So why the move over to digital? Well for a start, the commissioning process is a lot quicker. At a linear broadcaster, the decisions tend to be based on audience and channel data. But for an AVOD player such as Quintus, we can drill down into the most minute detail on what our subscribers are watching to help make our commissioning decisions and therefore the whole process is faster.

We know what really works and we aim to super serve our existing audience with the content they love. So there is less sitting on ideas and making the producer wait for months on end for an answer.
When the possible move to an AVOD player arose, I was a little sceptical at first with perhaps a risky move to a new, unfamiliar area for me. But I can’t blame broadcasters for being risk averse and then doing the same thing myself. So, I took the plunge, and it’s very much so far so good – ideas have been pitched, shows have been greenlit and production is underway, just how it should be.

Adam is creative director at broadcaster & distributor Quintus Studios. He was previously executive producer at Woodcut Media and spent a decade at Discovery Channel as a buyer and commissioner