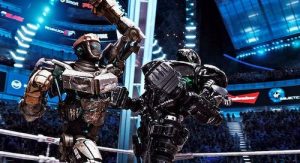 Disney+ is looking to create a spin-off series based on the 2011 movie Real Steel, according to US reports.

The show is reportedly in early development, with Disney’s 20th Television attached along with Shawn Levy, who directed the original.

A writer has not yet been found for the show, but Robert Zemeckis, Jack Rapke, Jacqueline Levine, Susan Montford and Don Murphy are attached.

The movie followed a retired boxer who works with his son to create a robot boxer to compete in bouts. 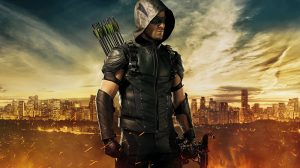 ‘Arrow’ spun off for The CW

The CW is in development on Justice U, a new spin-off from the DC superhero series Arrow, with actor David Ramsey to reprise his role as vigilante John Diggle.

The new show would see Diggle recruit five new young meta humans to live undercover at a prestigious university, where he would secretly train them as the next generation of superheroes.

According to Variety, which first reported the story, Ramsey is also attached to direct the Justice U pilot if one is ordered. He has also signed an overall deal with Berlanti Productions to direct episodes of series from across the Arrowverse, which also includes shows such as Batwoman, The Flash and Superman & Lois. 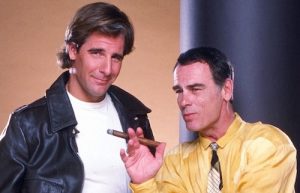 The show has been ordered to pilot by the US broadcaster and will pick up after Dr. Sam Beckett (Scott Bakula) disappeared into a quantum accelerator.

It will follow a “new team” that restart the project to uncover “the mysteries behind the machine and the man who created it.”

Don Bellisario, who created the original show that ran on NBC from 1989 until 1993, is attached as exec producer, along with Deborah Pratt from the first show.

In related news, NBC has ordered a pilot for hour-long drama Found. It will follow a PR consultant who was once a missing person and now works to find others.