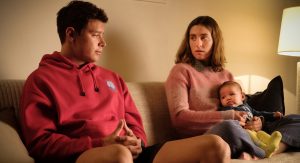 HBO Max has struck its first content deal with ITV Studios in Latin America, picking up shows including Bump, Romulus and The Bay.

The agreement will see ITVS supplying the first two seasons of Cattleya-produced Romulus to the WarnerMedia-owned streamer, as well as the first three seasons of comedy drama Brassic and crime drama The Bay.

The package also includes Bump, the comedy-drama series created and co-written by Kelsey Munro, which was recently acquired by BBC1 in the UK, as well as The CW in the US, Sky in New Zealand and CBC in Canada.

Factual titles in the package include April Jones: The Interrogation Tapes.