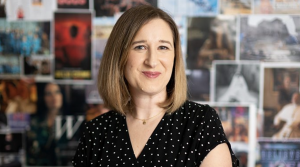 Fremantle has rejigged its scripted arm by promoting Julie Hodge to become VP of editorial for global drama, with a particular focus on UK and African shows.

She will also work closely with sales arm Fremantle International and Lorenzo De Maio on the development of the drama slate and supervision of future co-productions.

Hodge, who was most recently editorial director for global drama, has been at Fremantle for over five years, having started as editorial manager for drama in 2016. She previously held distribution roles at BBC Studios (fka BBC Worldwide), including scripted formats manager.

Vesper said: “Julie has proven herself to be an absolute asset to the global drama team over the past few years. As our focus on delivering world class drama and film continues, I felt that Julie, with her knowledge, experience and passion, was best placed to help us on this journey. I know she’ll thrive with her newly expanded remit.”