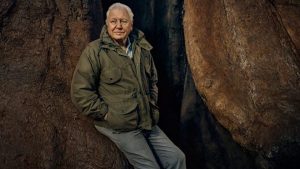 The UK’s BBC, France Televisions and PBS in the US have ordered a new landmark documentary from BBC Studios Productions exploring the last days of the dinosaurs, with David Attenborough attached to host.

Dinosaurs: The Final Day (1 x 90 minutes) will focus on a new excavation site that promises to provide more information on how the dinosaurs died after an asteroid hit Earth.

It is being produced by BBC Studios Science Unit, PBS, NOVA and GBH Boston, with France TV attached as coproducer.

It was commissioned by Charlotte Moore, chief content officer and Jack Bootle, head of commissioning, science and natural history. Executive producer is Helen Thomas and commissioning editor is Tom Coveney.

Attenborough said: “Dinosaurs were among nature’s most extraordinary creatures, dominating the planet for over 150 million years before they became extinct.

“Tanis could be a place where the remains can give us an unprecedented window into the lives of the very last dinosaurs, and a minute-by-minute picture of what happened when the asteroid hit.”

Sky Deutschland has struck a multi-year licensing agreement with Germany’s Leonine Studios that will cover films and TV content.

Dating With My Mates (10 x 60 minutes) follows four friends who will enjoy a three-course meal, with a different potential date arriving with each new dish.

At the end of the night, their lucky dates can return, to ask out only one of the mates. But will there be a match, or will their choices cause drama amongst the four friends?

The show will air exclusively in the UK on BBC Studios-backed UKTV’s W channel, joining shows such as Emma And AJ Get To Work, Nurses On The Ward and Inside The Ambulance.