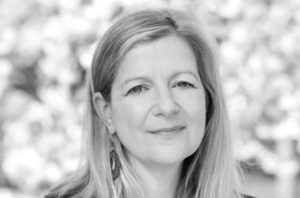 Nordic producer MOPAR Studios has appointed a former Big Light Productions and BBC producer to become its creative director and lead its operations in the UK.

Sharon Remmer will oversee the company’s slate, which includes Viaplay’s Red Election and North Sea Connection, and expand its activities on the global market.

Remmer will also have the additional responsibility of running the UK operation, as MOPAR seeks to expand further into the English-language market. She replaces Jess Pope, who joined MBC Studios this month.

Remmer worked as a producer on BBC in-house dramas including Holby City and Down To Earth, and was also head of drama for Big Light, where she served as executive producer for Medici: Masters Of Florence for Rai and Netflix.

She also co-executive produced Amazon Prime’s The Man In The High Castle and The Indian Detective for Bell Media and Netflix, and before that was creative director at Green Pavilion. Most recently, she set up her own company – SR StoryWorks – to develop high-end drama with an emphasis on diversity and original voices.

William Diskay, MOPAR’s COO, said: “Sharon brings her extensive experience of producing home-grown English-language drama as well as hands-on expertise of developing scripted series on a global scale for major SVoD players like Amazon and Netflix. I know that she will build on the foundations we have in place and will help to elevate and advance our growth plans including our expansion into the UK market.”

In October, MOPAR revealed a new partnership with Newen Connect that will see the French producer and distributor source co-production funding and distribute two projects – 9th Dynasty and The Walls Between Us – from the Nordic firm’s upcoming slate.