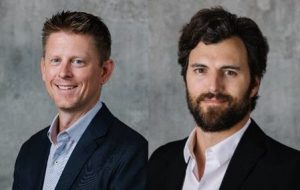 US-based Starz has promoted Darren Nielson to EVP of distribution & business development and Jeff Cooke to SVP of programming for international networks.

Nielson, who is based out of Santa Monica, has been with the company since it launched Starzplay outside of MENA in 2018, leading international distribution and business development for the Starz-branded digital and linear services.

He helped to launch SVOD service Starzplay across Canada, Latin America and Europe, structuring deals and managing partnerships with global OTT platforms, including Amazon and Apple, along with leading local and regional pay-tv providers.

He has been working closely with Superna Kalle, who was upped to president of international networks last year, to develop expansion strategies, partner opportunities, and negotiate distribution agreements.

Before joining Starz, Nielson served as director of content acquisition at Netflix, helping its pivot from domestic DVD business to global streamer, with a particular focus across Europe and Asia. He has also held business development positions at Sony Pictures Television and Ascent Media.

Cooke, meanwhile, is also based in Santa Monica and also joined Starz in 2018, and has since then overseen programming to help with the global expansion of Starzplay, including taking lead on the development and production of the streamer’s slate of Spanish-language original series.

Before Starz, Cooke served as VP of global digital at Lionsgate and has held positions at Miramax and MGM.

“These are two well-deserved promotions that recognize Darren and Jeff’s invaluable and integral contributions to the success of Starzplay since our launch more than three years ago,” said Kalle.

“Darren has achieved major success in expanding our partner & territory reach to more than 60 countries around the globe and Jeff has built an incredible track record developing and managing the success of our strong and curated slate of scripted global programming.”