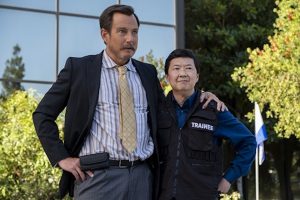 Netflix has ordered a reboot of UK crime comedy Murder In Successville, which will star Will Arnett and feature a guest star in each episode who has not read the script.

Murderville will see Arnett playing homicide detective Terry Seattle who in each episode of the six-part series is partnered with a celebrity guest who has no idea what the plot has in store.

Together, they must improvise their way through solving a murder case, with the guest star left to name the killer.

Actors Annie Murphy, Conan O’Brien, Ken Jeong, Kumail Nanjiani, Marshawn Lynch and Sharon Stone have been lined up as the unprepared investigators for the series, which will debut on 3 February.

Produced by Electric Eve, Abominable Pictures, Artists First and Sony Pictures Television, Murderville is based on the UK series Murder In Successville, which was produced by Tiger Aspect Productions and Shiny Button Productions for BBC3 from 2015-2017.