All3Media’s Little Dot Studios and its SVOD platform History Hit have partnered with a new expedition to find, film and document the wreck of Ernest Shackleton’s famed ship Endurance.

Announced today on the centenary of the explorer’s death, the factual project will follow the expedition to locate the shipwreck, which has remained inaccessible for more than a century under the ice of the Weddell Sea.

A team of scientists and archaeologists is setting off from Cape Town aboard the South African icebreaker Agulhas II next month on a voyage to the Endurance’s resting place, approximately 3500m in ice-cold seas off the coast of Antarctica. Extreme environment film makers, led by History Hit co-founder, historian and broadcaster Dan Snow, will document events in real time.

History Hit and Little Dot Studios will produce a range of content covering the setting up of the expedition, the voyage and search itself, as well as the history, science, and other themes that connect to the wider mission, which was organised by the Falklands Maritime Heritage Trust.

The team will be filming for a long-form documentary chronicling the expedition, while short-form content will be distributed across History Hit TV, HistoryHit.com, and History Hit’s podcast network and social channels, together with Little Dot Studios’ network of owned and operated digital and social media accounts. 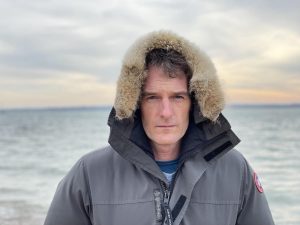 The hunt is on

Endurance left South Georgia for Antarctica on 5 December, 1914, carrying 27 men with the goal of reaching the South Pole and ultimately crossing the continent. However, when nearing Antarctica the ship became trapped in pack ice and the crew were forced to spend the winter in the frozen landscape.

Following the ship’s sinking, the crew were forced to make their way by sea to uninhabited Elephant Island, before Shackleton and five men set off in a lifeboat on an epic journey to seek help from a whaling station in South Georgia, more than 800 miles away.

“From the day I started History Hit, I knew this day would come. The hunt for Shackleton’s wreck will be the biggest story in the world of history in 2022,” said Snow, who enthused. “As the partner broadcaster we will be able to reach tens of millions of history fans all over the world, in real time.”

The announcement comes following History Hit’s recent appointment of Meagan Bickerstaff to the newly created role of head of growth, in which she is responsible for driving subscriptions, as well as managing the service.

History Hit was co-founded by historian and broadcaster Dan Snow and CEO Justin Gayner in 2017, before being bought by Little Dot in 2020.

It offers original and acquired factual programming on its SVOD service, alongside podcasts and live events. Programming includes documentaries The Kingdom Of Benin, Hitler: The Rise To Power and Science In The Middle Ages.