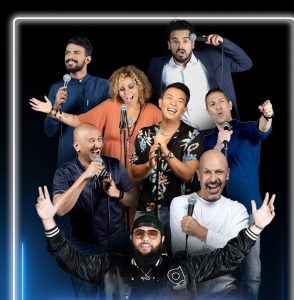 Different Productions will produce the 10 x 30-minute series, which will be known locally as Stand UP, for Shahid VIP, based on the format created by Spirit Studios for ITV2 in the UK, which is distributed by BBC Studios.

The show takes well-known comedians’ best stand up stories and brings them to life in sketch form, with local comedians set to feature including Maz Jobrani, Mo Amer, Khaled Mansour and Shadi Alfons.

The Shahid VIP deal marks the second international market to license the format, following its launch on Swedish pubcaster SVT last year. It also comes just days after Jakob Mejlhede Andersen announced that he was stepping down as chief content officer at Shahid.

Matt Campion, Spirit’s creative director and show creator, said: “It’s incredible to see how the show has become so popular across the world. It’s a testament to the format’s simplicity which allows the comedy to travel.

“I’m thrilled to now see it being produced in MENA and to see the region’s stories being brought to life. Different Productions have done an amazing job of producing the format, I wish it every success.”

André Renaud, SVP of global format sales at BBC Studios, commented: “I can’t wait for audiences in MENA to enjoy the escapist and brilliantly funny tales from a host of local talent in The Stand Up Sketch Show.

“I’m confident that this original premise will resonate locally just as much as our earlier formats – No Kitchen Required for Quest Arabiya and Astronauts, which has been renewed for a second series”