Bulgaria & Slovakia catch up with ITVS quizzer ‘The Chase’ 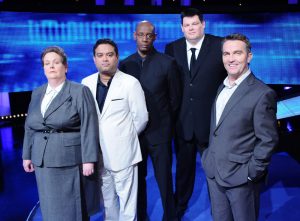 The show was created by ITVS’s UK production outfit Potato and requires a team of four strangers to face tough, quick-fire questions individually to build up their team’s prize money.

To make it back to their team, they must go head-to-head with quiz experts ‘the Chasers’ and beat them to the finish line.

The Slovakian and Bulgarian commissions follow the format’s recent launch in Czech Republic, where it has recently been extended.

The show has also been a hit in Serbia, where a 10th season has been ordered, while the show is also into its sixth run in Israel and a second in the US, where it airs on ABC.

The format, which is sold by ITVS, has also spawned a raft of spin-offs including The Celebrity Chase, The Family Chase, The Chase: Kids and it’s latest addition, Beat The Chasers.