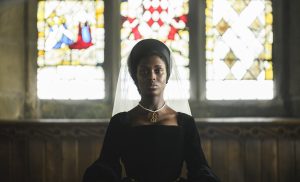 US-based AMC+ has acquired three-part psychological thriller Anne Boleyn as an original series for its US debut on 9 December.

Starring Jodie Turner-Smith (Queen & Slim) in the titular role, the drama explores the final months of Anne Boleyn’s life, as she struggles to secure a future for her daughter and to challenge the powerful patriarchy.

The series is produced by Faye Ward and Hannah Farrell through their London-based and Sony Pictures Television (SPT)-backed outfit Fable Pictures. It is written by Eve Hedderwick Turner and directed by Lynsey Miller (Deadwater Fell).

It is distributed globally by SPT, while historian Dan Jones serves as executive producer.

“We are proud to add Anne Boleyn to our slate of AMC+ Original Series,” said Courtney Thomasma, general manager for AMC+. “Featuring a superb ensemble cast led by Jodie Turner-Smith‘s mesmerizing performance and a predominantly female creative team, this groundbreaking drama, told from the unique perspective of one of history’s most fascinating – and scrutinized – women, makes for a can’t-miss television event to end the year.” 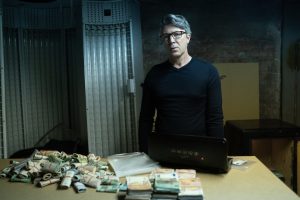 The eight-part drama series, which debuted on RTÉ One and RTÉ Player in mid-September, and on AMC+ in the U.S., is produced by Bron Studios and Headline Pictures, in association with RTÉ, Nordic Entertainment Group (NENT Group) and Creative Wealth Media.

Kin tells the story of the Kinsellas, a Dublin family embroiled in a gangland vendetta. When a member of the Kinsella clan is killed, the family takes on an international cartel in a war that is stacked against them.

Mignon Huisman, head of series acquisitions for NPO, commented: “Kin is an intriguing drama about the complex relationships within a family that runs a criminal business. All the classical themes are in it — love, death, revenge, loyalty, deceit, power, weakness — but all within a family context.” 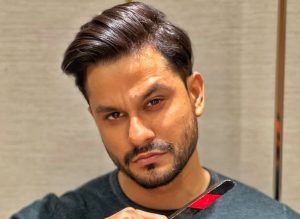 Produced by Zee Studios and directed by Ken Ghosh, Abhay 3 will see the return of Kunal Khemu as the titular detective with the mind of a criminal and the ability to solve any case. The new season is slated to debut in 2022 exclusively on the streamer.

Archana Anand, CBO at ZEE5 Global, said: “Being one of the most successful franchises on ZEE5, we are thrilled to now bring Ken Ghosh’s Abhay 3 to our global audiences. Like its predecessors, the new season will keep the audiences glued to their seats and dial up the thriller quotient like no other in the genre.” 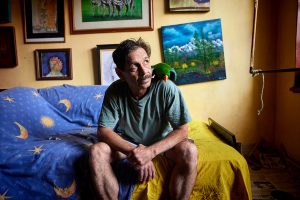 Could You Survive On The Breadline?

Hat Trick International has picked up Australian indie Lune Media’s new documentary series Could You Survive On The Breadline? for global distribution.

The three-part series, which will debut on SBS and SBS On Demand on 17 November, is executive produced by David Galloway and Leonie Lowe, while the series producer is Ashley Davies.

The show features three prominent Australians: author and TV personality Julie Goodwin, journalist Caleb Bond, and NSW Greens MP Jenny Leong, who each proceed on separate journeys into three different communities to gain insights into the poverty and disadvantage experienced by many in Australia.

Lune Media founder and MD Leonie Lowe said, “Hat Trick play a significant role in us achieving our goals for the series. They are a brilliant team and genuinely embrace Lune Media’s passion for the making of documentaries that can make a change.”