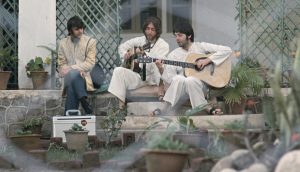 Meeting The Beatles In India

UK-based Scorpion TV has acquired global distribution rights to the feature documentary Meeting The Beatles In India, outside of the US and Canada.

The film is directed and produced by Paul Saltzman, executive produced by David Lynch and narrated by Morgan Freeman.

It follows Saltzman’s experiences in 1968, when he spent a week with UK pop band the Beatles at the ashram of Maharishi Mahesh Yogi, one of the most flamboyant gurus of the hippy era. It was during this time that much of the Beatles seminal White Album was conceived.

David Cornwall, managing director of Scorpion TV, said: “Scorpion is well known for its eclectic slate of blue-chip factual programming — and you don’t get more eclectic or exclusive than unseen images of the Beatles at the ashram in Rishikesh.

“Until I saw Meeting The Beatles In India, I thought every scrap of Beatles material had been shared, dissected and recycled, but this film is a genuinely new look at a vitally important time in the band’s history.” 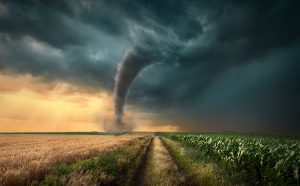 PBS America is among a slew of broadcasters to acquire factual programming following deals with Toronto-based CBC & Radio-Canada Distribution.

Kensington Communications’ 1 x 52-minute Nature’s Cleanup Crew has been picked up by both Skyword Co in China and SVT in Sweden, the latter of which has also acquired Red Trillium Films’ 1 x 52-minute First Animals, as has Mediaset in Italy.

Meanwhile, Blue Pearl Productions’ 1 x 52-minute The Covid Cruise has sold to PBS America for the UK & Ireland and Bell Media French Canada, while further deals have been struck for Wild Canadian Weather, Rebellion and Sing Me A Lullaby.

“We’re extremely proud of our award-winning lineup of factual content and are thrilled by the response we are getting from broadcasters around the world,” said Gwen Jones McCauley, director of global distribution – unscripted. 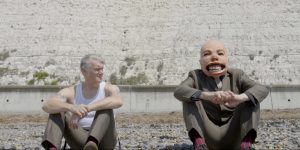 I Get Knocked Down

Caroline Stern’s Canoe Films has boarded international sales for the feature documentary, I Get Knocked Down, produced by Sophie Robinson and co-directed by Robinson and Chumbawamba frontman, Dunstan Bruce.

Part music documentary, part character study, part a punk version of A Christmas Carol, the documentary sees Bruce feature alongside former Chumbawamba band members to reveal the story of an anarchist punk band who suddenly founds itself at the top of the charts globally.