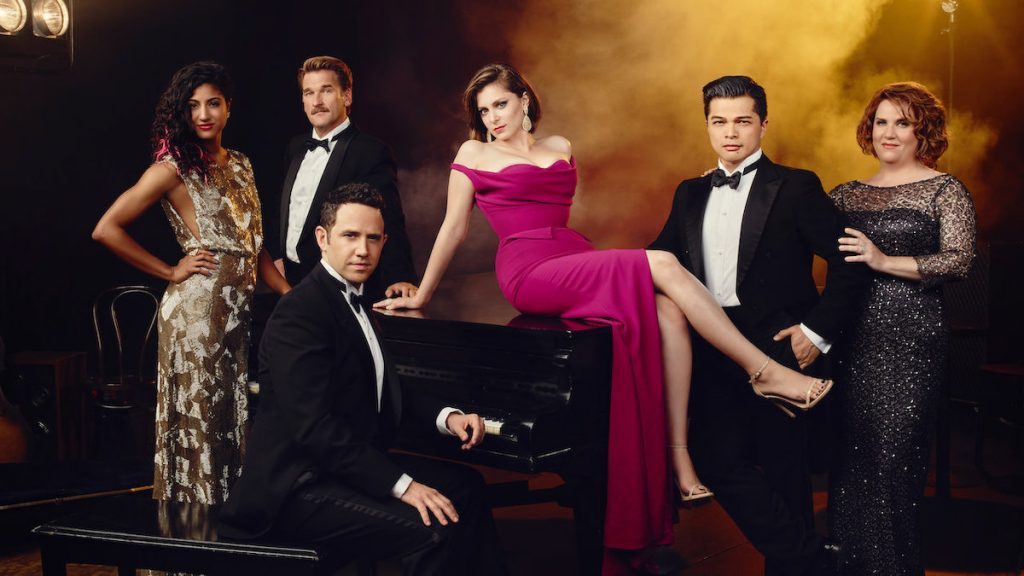 Crazy Ex-Girlfriend creators Rachel Bloom and Aline Brosh McKenna are teaming back up for a new comedy series in development at Hulu.

The series, Badass (And Her Sister), will see Bloom play a spy who tires of her exciting and dangerous life and goes to live with her twin sister (also Bloom).

Bloom and Brosh McKenna will both write, showrun and exec produce the series, which is set at ABC Signature, where Brosh McKenna is currently under an overall deal.

CBS has given a full season order to Ghosts, following its special one-hour debut earlier this month.

The single-camera comedy stars Rose McIver and Utkarsh Ambudkar as Samantha and Jay, a cheerful freelance journalist and up-and-coming chef from the city, respectively, who throw both caution and money to the wind when they decide to convert a huge rundown country estate they inherited into a bed & breakfast – only to find it’s inhabited by the many spirits of deceased residents who now call it home.

“We’re thrilled this spirited new comedy has struck a chord with viewers and critics alike and is off to a great start,” said Thom Sherman, Sr. EVP of programming at CBS Entertainment.

The 6 x 60-minute series will debut on Discovery+ on 20 November, with the series following eight chefs as they go head-to-head in a culinary contest to take home the grand prize of $50,000.

The Great Soul Food Cook-Off is hosted by acclaimed chef and television show host Kardea Brown, who is joined by Eric Adjepong and Melba Wilson as they critique the chefs’ weekly creations

“Soul food originated in the earliest African American communities and describes a style of cuisine that represents the creativity and skill of Black cooks from many cultures within the African diaspora,” said Tina Perry, president, OWN: Oprah Winfrey Network.

“Our audience cherishes time together as a family around the table and many have passed down favorite family recipes for generations. This series is a celebration of long-standing traditions we hope to introduce and spotlight for new and existing viewers as we shine a light on a few of today’s most talented Black chefs and culinary curators.”