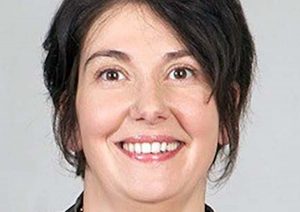 Peltekian will join the SVOD next month and will be based in Paris, where she will be part of the streamer’s pan-regional team responsible for commissioning and producing content across a range of scripted and unscripted genres in the region.

HBO Max is yet to launch in France, or even confirm a launch date, but it is expected to roll out in the country at some point in 2023. HBO content is currently distributed in France by OCS.

Peltekian joined the Canal+ Group in 2006, where she has worked on original programming for French pay-TV channel Canal+, including The Returned, The Tunnel and Paris Police 1900. Before that she headed up French drama development at Tele Images and began her career as a script reader for StudioCanal.

“WarnerMedia means a lot to everyone working in this industry in France and Europe,” said Peltekian. “It is a symbol of ambition, creativity and respect for the audience and talent – always taking a chance to be the best. These qualities are exactly what we need in a competitive market.”

Antony Root, EVP of original programming and production at HBO Europe, added: “Vera is a world-class television executive whose passion for nurturing storytellers has seen her work on some of France’s most creative and ambitious programming.

“This appointment ensures we can start to develop exciting new content, so when we launch HBO Max in France, we can present a slate that will intrigue and delight audiences.”