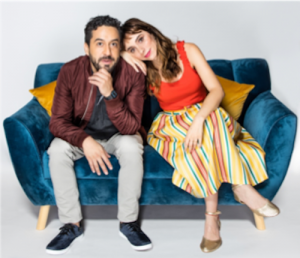 Amazon Prime Video has ordered a remake of classic US comedy I Love Lucy, which last aired in the 1950’s.

All For Lucy is being developed and produced by Endemol Shine Boomdog and Lat Am group Elefantec Global, which together acquired rights to adapt the series from ViacomCBS Global Distribution Group.

The show, which will launch exclusively on Amazon in Latin America and the US, will follow Lucy, a 21st century woman who wants to be in love but doesn’t want to give up her individuality. Mexican actress Natalia Tellez (Después De Ti) is set to star.

“I Love Lucy is the base of every comedy show ever done and we are honoured to reimagine it with its core characters and stories,” said Zimbrón. “We took this classic sitcom and transformed it into a romantic comedy for 2021.”

Elefantec Global co-founder José Bastón added: “I Love Lucy was the first successful TV show to bring a Latino actor as part of the main cast. We are now excited to be able to produce our modern version with a 100% Latino cast and crew.”

The original show aired on CBS in the US from 1951 to 1957, before being syndicated across the country and sold around the world.