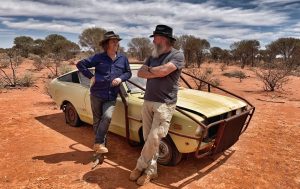 Broadcasters around the world have picked up a variety of factual programming, following deals struck with UK distributor DCD Rights.

Outback Car Hunters, produced by CJZ for Discovery, has been picked up by Australia’s Nine Network, Viasat World for CEE, Scandinavia, Russia & CIS and RMC Decouverte for French-speaking Europe & Africa and Discovery for Benelux.

The series follows seven teams of gold hunters as they battle the mounting heat and treacherous outback, determined to cash in on the highest Aussie gold price in history.

Meanwhile, further sales include the second season of Aussie Bull Catchers to Viasat World for CEE, Scandinavia, Russia & CIS and the second season of  Disasters Engineered to AMC Networks International – Central and Northern Europe’s Spektrum in Hungary, Czech Republic & Slovakia; A+E Networks Africa; BBC Brit in Poland and National Geographic for a raft of territories including UK & Ireland, Latin America, Scandinavia, Middle East and parts of Asia, as well as numerous countries throughout Europe and Africa.

Fast Justice has also been acquired by BBC Studios for Poland and TVNZ. 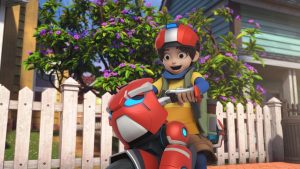 The deal includes season one, which comprises 26 x 22-minute episodes of the 3D animated comedy-action series aimed at kids 6 plus.

Mechamato follows the adventures of a kind and creative young boy named Amato who inadvertently becomes the master of MechaBot, a Power Sphera with the ability to mechanize any daily life object into high-tech devices.

The series is due to air on Cartoon Network in South-East Asia, Hong Kong, Taiwan, Australia and New Zealand and South Korea in December 2021 and in Japan in March 2022.

Jetpack’s CEO, Dominic Gardiner, said: “Mechamato is a fantastic addition to our comedy-action slate. It’s a powerful concept for kids globally, a robot that can combine and transform every-day items into high-powered devices.’

Kee Yong Pin, Chief Operating Officer, Monsta Studios says: “We are extremely excited to have such a reputable distributor as Jetpack Distribution on board with Mechamato. It has always been our goal to bring our high-quality animated products to a wider global audience. We believe that this partnership will boost our global presence while entertaining and inspiring young viewers from various regions around the world.” 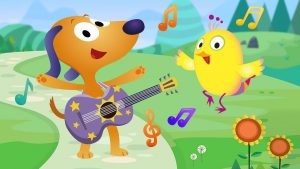 Latin American broadcasters Globoplay and Gulli Brazil have inked deals with Pinguim Content for two of its animated children’s series.

Seasons one and two of Fishtronaut (each 52 x 11-minutes) and the first season of Ping And Friends (52 x 7-minutes) have been acquired by Globoplay for SVOD.

Fishtronaut is an educational series following the adventures of the water-suit-wearing fish who solves mysteries on land, while Ping And Friends is animated music-based preschool series helps young viewers grow their vocabulary, discover rhythm and rhyme and experience an array of music genres.

The first season of Fishtronaut has also been licensed to Gulli Brazil.

Pinguim has also announced a development deal at Discovery Kids LatAm for The Boo Inn, its new co-production with Little Airplane Productions. The 52 x 11-minute series follows the adventures of seven-year-old Oliver, his little sister Abigail and adorable ghost dog Salami, as they help to run the family’s new country inn – which just happens to be haunted.