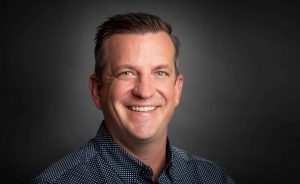 Cineflix Productions is expanding its joint venture activities by linking up with LA-based Ping Pong Productions to create a new US unscripted company, with showrunner Will Spjut attached to run it.

Spjut has worked on shows including Border Wars, Building Wild and Die Trying for National Geographic, as well as Fox’s Home Free, Nashville Star for USA Network, and The World’s Most Amazing Vacation Rentals for Netflix.

Ping Pong, meanwhile, was launched by Brad Kuhlman and Casey Brumels and has been behind Discovery’s global adventure series Expedition Unknown, as well as TLC’s Dr. Pimple Popper.

“Having the support of two powerhouses like Cineflix Productions and Ping Pong is an enormous vote of confidence and our combined experience across various networks and genres makes for a spectacular team,” said Spjut.

“Incorporating the expertise of Ping Pong and Cineflix Productions along with Will’s unique skillset and approach to storytelling equates to Shiny Screens being a juggernaut for years to come,” said Casey Brumels, creative director & co-owner at Ping Pong.