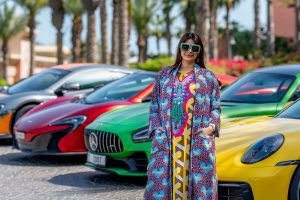 Inside Dubai: Playground Of The Rich

UK pubcaster the BBC has commissioned Inside Dubai: Playground Of The Rich, a new three-part factual series from Spun Gold TV, for its BBC2 channel.

The 3 x 60-minute series goes behind the scenes of the fast-growing city which now counts 52,000 millionaires and billionaires among its three million inhabitants.  A tax haven and an ultra-modern, aspirational city, Dubai boasts the world’s tallest building, the world’s most expensive hotel and the world’s biggest shopping mall.

Daniela Neumann, MD of Spun Gold TV commented: “Following the success of Inside Monaco: Playground Of The Rich, this series on Dubai peeks behind the curtain and luxuriates in the glamour of the fastest growing city on earth. But is all that glitters really gold?”

The series producer and director is Chris Taylor, and the executive producers are Teresa Watkins and Daniela Neumann for Spun Gold. The series was commissioned by Emma Loach and is being distributed by ITV Studios. 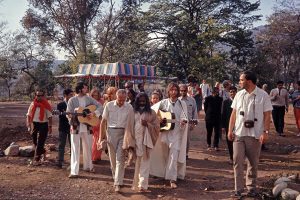 The Beatles And India

‘The Beatles And India’ goes global

BritBox and HBO Max are among several channels and streamers to pick up the documentary The Beatles And India, following deals with distributor Abacus Media Rights.

The 1 x 96-minute film is headed to Channel 4 in the UK, BritBox North America for the US & Canada, HBO Max in Latin America, Foxtel in Australia, Rialto Channel in New Zealand, Channel One in Russia and A Contracorriente Films in Spain.

Produced by Renoir Pictures, a Silva Screen Company, the film is inspired by Ajoy Bose’s book Across The Universe – The Beatles In India, and explores the unique relationship between British pop group phenomenon The Beatles and the nation of India.

Jonathan Ford, MD at Abacus, commented: “We’re thrilled to see such early interest in this extraordinary documentary.  Using rare archival footage, an array of unseen recordings and photographs, eye-witness accounts and stunning location shoots across India, The Beatles And India energetically reveals a fascinating journey which was to have a profound impact on The Beatles’ spiritual lives and their music.” 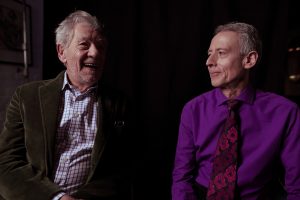 Netflix has picked up the feature documentary Hating Peter Tatchell for Australia and New Zealand, following its international release earlier this year.

Produced by Veronica Fury from WildBear Entertainment’s Brisbane office, the film was directed by Gold Coast-based Christopher Amos, and executive produced by Elton John and David Furnish. It will be available to stream from tomorrow – 22 September.

The documentary tells the story of Peter Tatchell, the human rights campaigner whose protests rocked the establishment, revolutionised attitudes and laws on homosexuality, and exposed tyrants and injustice across the globe.

Producer Veronica Fury commented: “Hating Peter Tatchell has been a terrific team effort and we are thrilled to have had the support of Sir Elton John and David Furnish as part of that team. We are proud to have produced this very topical and resonant feature doc, about a truly inspiring man, and we are now delighted to share it with home audiences in Australia and New Zealand.”