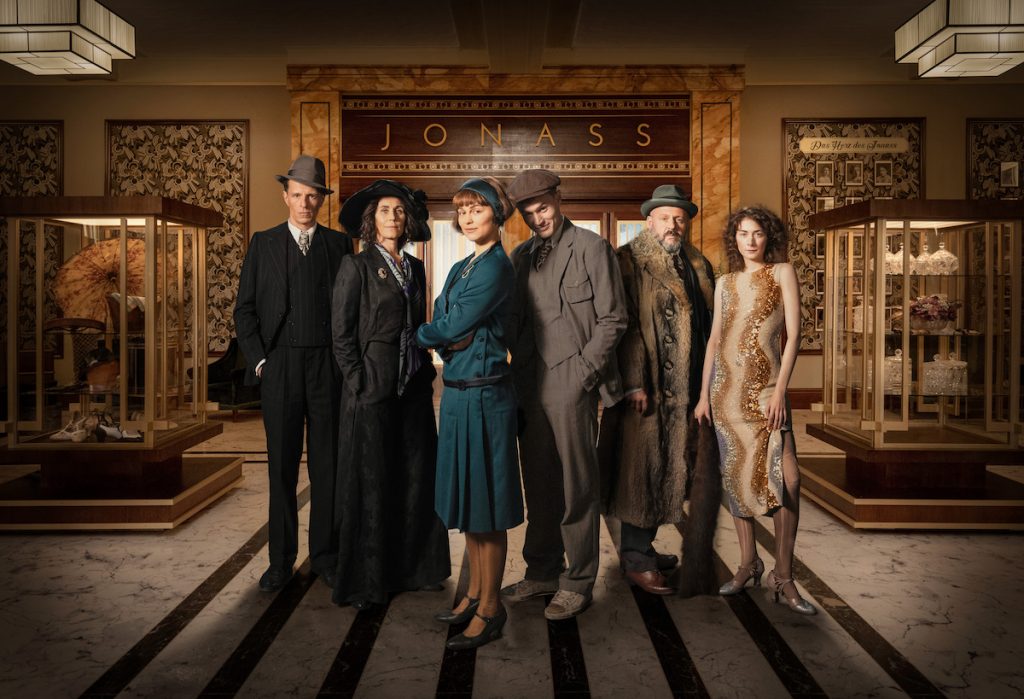 The 12 x 60-minute series, which is currently being shot on location in Berlin, Brandenburg and Görlitz, is set in 1920’s Berlin and chronicles the turn of an era from the perspective of a young woman and a Jewish family, owner of a state-of-the-art department store at Berlin’s Torstrasse 1

House Of Promises will debut TVNOW, which is soon to be known as RTL+, in the first half of 2022 and later on VOX. Beta Film is handling global sales and will present the first footage from the series at this year’s MIPCOM.

The series is the latest collaboration between X Filme and Beta Film, who previously worked together on Babylon Berlin, which was produced with ARD and Sky, and also set in 1920s Berlin.

Naemi Feitisch heads the cast as Vicky, who arrives from the provinces to the dazzling Berlin of the 1920s, and lands her dream job as a saleswoman in the newly opened Jonass department store.

As Vicky’s fortunes continue to rise, she falls in love with the seemingly penniless pianist Harry (Ludwig Simon), who turns out to be the son of the department store owner Arthur Grünberg (Alexander Scheer) and embarks upon a seemingly impossible love across the class divide.