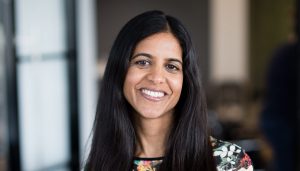 Desai takes up her role immediately having been a non-executive director on the board for over a year.

Before that, Desai was group COO and CEO of emerging markets at Fremantle, which she joined having been COO of Hit Entertainment.

OSN, which is the exclusive distributor of Disney+ originals in the Middle East while also operating its own streamer and linear channels, said Tillieux would be leaving the company for personal reasons. His next move is not yet known.

Desai said she was looking forward “to working with the team, as well as continuing to strengthen OSN’s position as a premier entertainment provider through the implementation of leading technology, innovation and programming.”

Faisal Al Ayyar, chairman of OSN, added: “Sangeeta has a proven track record in successfully leading large scale company transformations, scaling businesses, navigating disruption, and growing global brands. She brings with her a unique combination of strategic, operational, and financial expertise, having led global media businesses for over a decade bolstered by an early career in private equity and investment banking.”