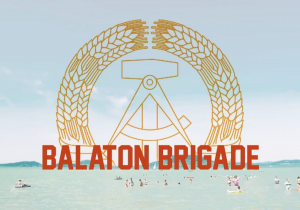 Hungary’s RTL Klub is already onboard and Flare will begin pitching the project to German broadcasters this autumn. Newen Connect will handle international distribution.

The show was presented at the Berlinale Co-Pro series pitching event earlier this year and Joyrider’s Gabor Krigler and Flare Films MD Martin Heisler are at SeriesMania in Lille this week to present the series to international buyers.

The story is set during the summer of 1986 and follows the leader of a Stasi unit stationed at the Hungarian resort of Lake Balaton. The team is tasked with observing East German holidaymakers to prevent them from defecting to the West, however the leader himself is preparing to flee to protect his teenage daughter.

The agreement will see Flare and Joyrider join forces to develop the series, which was created by Krigler, Balázs Lengyel and Balázs Lovas.

Enyedi will direct and the two companies are in the process of attaching a German writer and director to the creative team. The series will be largely German language, with filming set to take place in Hungary in summer 2022.