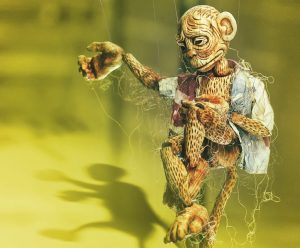 WarnerMedia has linked up with streaming service Catchplay in Asia on a seven-part anthology series from Taiwan, which is being exec produced by filmmaker Hou Hsiao-hsien.

Twisted Strings (7 x 60 minutes) will co-premiere as an HBO Asia ‘original’ in early 2022 on WarnerMedia’s streaming service HBO Go and HBO in Asia, and as an ‘original’ on Catchplay+ in Taiwan and Indonesia.

It will also be available later on meWATCH in Singapore, which is the online platform belonging to production partner Mediacorp.

The show is currently in post-production and is being produced by Catchplay’s recently established production arm, Screenworks Asia, which launched nine months ago and is supported by the Taiwan Creative Content Agency (TAICCA). Taiwan’s Bossdom and Singapore’s Mediacorp are also onboard.

The anthology, which is written and directed by Huang Xi, who has worked with Hou on films including The Assassin. Stars include Lee Kang-sheng.

Magdalene Ew, Warnermedia’s head of content for entertainment in South-East Asia, Hong Kong and Taiwan, said the show was her company’s first anthology series from the region and offered “a standout assembly of talent”. It also marks WarnerMedia’s 10th original from Taiwan and is the latest shared with Catchplay, following series such as The World Between Us and Trinity of Shadows.

Daphne Yang, CEO of Catchplay Group, added: “Following the success of Trinity Of Shadows and The Making Of An Ordinary Woman 2, we are honoured to be exploring this new genre with a dream crew led by director Hou Hsiao-hsien and through international production and distribution partnerships with WarnerMedia, Mediacorp and Bossdom.”

Virginia Lim, chief content officer at Mediacorp, added: “We are delighted to have collaborated with Screenworks Asia and other partners on Twisted Strings and leveraged each other’s talents and creative strengths to produce this gripping anthology series for audiences across the region.”

The series will be showcased at Series Mania Forum in France on August 30.