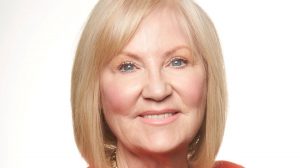 The prodco, which is based in Toronto, will develop and produce investigative true crime series, documentaries, movies and podcasts for global audiences. Several projects are in development, but details are under wraps.

The deal gives Cineflix first option to develop and co-produce original content with Bynon, while her projects will access support from Cineflix Productions.

Cineflix Rights has the exclusive first-look to distribute More to the Story Media content internationally.

The partnership cements Cineflix and Bynon’s longstanding relationship, with the exec producer previously working on shows for the prodco such as cold case investigation docuseries and podcast The Clown And The Candyman and Children Of The Snow.

She has also worked on docs including Colleen Stan: The Girl In The Box and medical series Sin City ER, as well as true crime series Murder In Paradise, Cold Blood and Nazi Hunters. Previous to Cineflix, she worked in film, TV, and radio as a freelance producer, reporter, and writer on various programs.

“At its core, crime is about psychology and relationships, and the deeper we dig, the more we reveal the human tragedy at the centre of the story,” said Bynon, who is president More to the Story Media.

“Trust is a key ingredient that gives an investigative journalist the incentive to keep digging, and Cineflix has given me the freedom to pursue stories rigorously over the years—I’m excited to be partnering with them on More to the Story Media.”

“Jacqueline was the driving force behind many of Cineflix’s stand-out investigative true crime series that saw success on an international scale. Integrity and purpose are woven through her work,” said JC Mills, president & commercial director at Cineflix Productions. “What impresses me most is that Jacqueline leaves absolutely no stone unturned in her pursuit of the truth.”