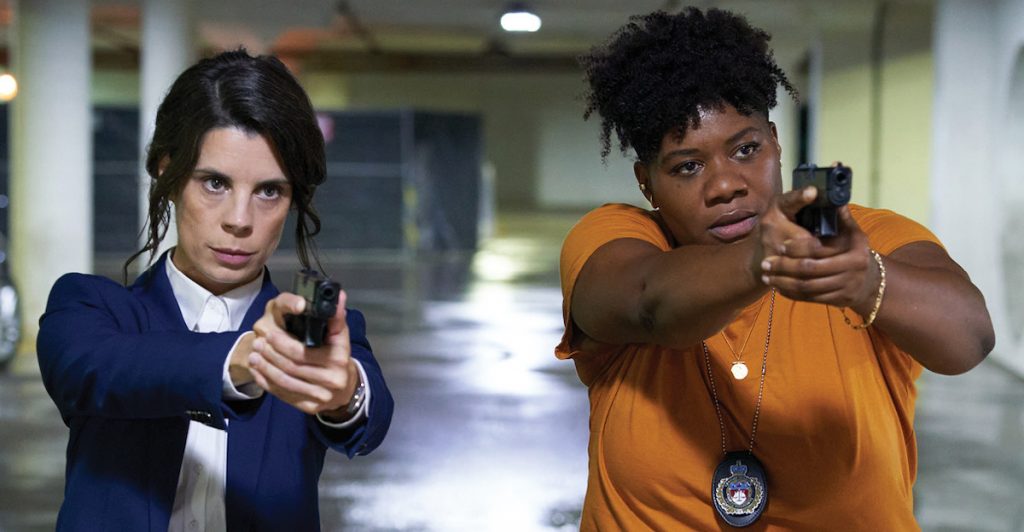 Originally commissioned by Canadian pubcaster CBC, where it debuted in February, the series is produced by Cameron Pictures in association with CBC and NBCUniversal International Studios, a division of Universal Studio Group. It will land on IMDb TV on 10 September.

The “fun and irreverent” show follows two cops at the top of their respective games: the optimistic, over-achieving guns and gangs detective, Samantha Wazowski (Meredith MacNeill) and the tough, unapologetic drug squad detective, Kelly Duff (Adrienne C. Moore). It’s not until their chance meeting during a takedown that Sam and Kelly realise they’re going after the same target – and they couldn’t disagree more on strategy, and pretty much everything else.

The acquisition follows this week’s announcement that the streamer has taken exclusive AVOD rights to CGI-animated series 100% Wolf – Legend Of The Moonstone in the US.

Other originals on the service include the upcoming docuseries series Luke Bryan: My Dirt Road Diary, heist drama Leverage: Redemption and a Bosch spinoff.