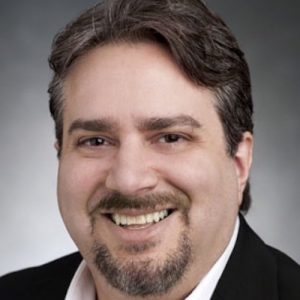 Shinawil, the Irish prodco behind local versions of MasterChef, The Apprentice and The Voice, has hired a former NBC exec as part of its expansion in the US.

Chuck LaBella joins as an LA-based executive producer with a remit to package new shows with US-based talent and build partnerships with production companies and networks.

LaBella was previously VP of talent development at NBCUniversal, where he worked on shows including The Celebrity Apprentice, Hollywood Game Night, Who Do You Think You Are? and The Voice.

He also spent time as talent producer on Bill Maher and Comedy Central’s Politically Incorrect, and stayed with the show when it moved to ABC.

Larry Bass, Shinawil’s CEO & exec producer, said: “Chuck has been a fantastic friend to many Irish companies and producers over the years so it made great sense when we looked to work with someone who knew the US networks and market.”

“Chuck is already helping to add value to our slate with access to great talent and like-minded producers in the USA as we grow the Shinawil brand Stateside.”

LaBella added: “Having seen the Shinawil slate and plans for US expansion, we have complimentary skills sets that sets out great times ahead. It will be a super challenge to open up my home town to some great new shows from Ireland.”

Shinawil was launched two decades ago and has produced Dragons’ Den, MasterChef Ireland and The Voice Of Ireland. It launched a scripted division in 2019, which oversaw production on A+E Networks International’s Miss Scarlett And The Duke for Element 8, and has also partnered with Oscar-nominated director Jim Sheridan (In The Name Of The Father) on his first move into TV, as revealed by TBI.