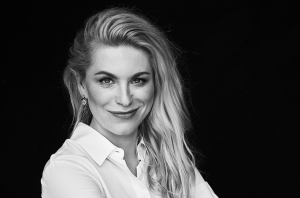 Nordic Entertainment Group (NENT Group) has unveiled three originals from Poland for its streaming service Viaplay, ahead of the service’s launch in the country tomorrow.

Polish Murderesses is an adaptation of Katarzyna Bonda’s bestselling true crime book of the same name and tells the stories of a diverse group of women who are all killers. The series will be produced by NENT Group’s Paprika Studios Poland.

Black Dog is a six-part psychological action drama that follows veterans returning from conflicts in Afghanistan and Iraq, which were the Polish army’s largest combat operations since the Second World War. It has been created by Artur Kowalewski (The Pack) of ATM Grupa.

The final show, Freedom Of The Swallow, has been inspired by Paula Er’s debut novel and depicts the devastating impact of domestic abuse. It has been written by Agnieszka Kruk and is being produced by Opus TV.

Filippa Wallestam, NENT Group’s chief content officer, said: “We want to play a positive, long-term role in Poland’s creative industry, and will work with the best talents – whether they’re famous today or will be famous tomorrow. As these first three commissions show, our stories will be different and thought-provoking as well as entertaining.”

Viaplay will be available in Poland from 3 August, priced at PLN34 ($8.88) per month. The launch means the NENT streamer will have launched in nine European countries, with the US to follow in late 2021, the Netherlands in Q1 2022 and additional markets by the end of 2023.