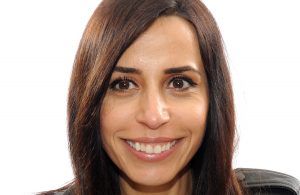 Edde, who had been with MBC since 2005, takes up the newly created role of executive director of Turkish content acquisitions on 1 August and will be based out of Dubai.

She will report to Hannes Heyelmann, EVP and head of programming for EMEA, and Tomas Yankelevich, EVP & chief content officer for Latin America.

She will also work with Antony Root, EVP & head of original production in EMEA on the commissioning and production of original Turkish language content.

Edde was most recently at MBC Dubai, where she created acquisition strategies and worked closely with the writing and adaptation teams on all original scripted commissions, including producers and directors in Turkey and the MENA region.

The exec is the latest addition for HBO Max from the Middle East’s MBC Group, following Luis Duran’s move to the company as general manager of the SVOD in Lat Am earlier this year. He reports into Johannes Larcher, who left MBC-owned streamer Shahid last year to become the head of HBO Max International.

Edde added: “Turkish local language content has immense popularity amongst international audiences, and I am looking forward to bringing the very best of this content to HBO Max.”

Last week it emerged that WarnerMedia is likely to delay the roll-out of its streaming service HBO Max in parts of Europe, as it focuses efforts on Latin America. Discussing Edde’s appointment, Dogra said the company is “continuing to prepare for launches across Europe” later this year, but declined to specify which countries would receive the streamer first.