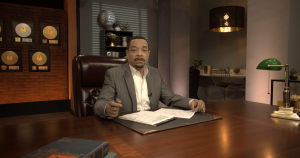 The Mediator With Ice-T

FilmRise will represent the show in all media worldwide, with Jetmir retaining US broadcast syndication rights. In addition, both FilmRise and Jetmir are co-financing 20 new episodes of the series.

The Mediator is a 30-minute conflict resolution show starring Ice-T as he seeks resolutions between two feuding civilian parties in a court-like platform. The show originally aired on Fox TV stations and is now set to become available on FilmRise’s own streaming channels and other streamers.

C4 returns to The Street

Channel 4 in the UK has ordered two new seasons of its Grand Designs property spin-off.

Grand Designs: The Street, which debuted in 2019, is produced by Fremantle-owned Naked West and follow a selection of intrepid self-builders as they embark on a journey to create and build their own unique homes.

The two 6 x 60-minute seasons will again be hosted by local building guru Kevin McCloud and will return to the UK’s largest mass self-build site in the UK county of Oxfordshire to observe the trials, setbacks and successes of future residents endeavouring to craft their own, individual homes.

Grand Designs: The Street was commissioned by Ian Dunkley at C4. Executive producer for Naked West is John Comerford and series producer is Ned Williams.

AfterShock Media has struck a deal that will see Sony Pictures adapting one of its comic book series.

Brian and Mark Gunn are onboard to write the screenplay for The Kaiju Score, which is based on the AfterShock Comics’ comic book series from James Patrick and artist Rem Broo.

Jiao Chen is overseeing the project for Sony Pictures, while the plot is being kept under wraps.

The deal comes nine months since Homicide Hunter distributor Rive Gauche merged with AfterShock Comics, the publishing company behind series such as Animosity and A Walk Through Hell.