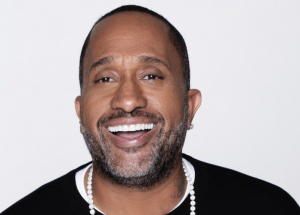 Netflix is preparing to launch a documentary from Jonathan and Simon Chinn’s prodco Lightbox that explores the relationship between Malcom X and Muhammad Ali.

It will explore the story behind the friendship of the two iconic figures, delving into the bond the men shared. Marcus A. Clarke (Unsolved Mysteries, Rapture) directs, while Kenya Barris and Jason Perez are exec producers.

Jonathan and Simon Chinn exec produce for Lightbox, along with Simon George and Erynn Sampson for Khalabo Ink Society.

Clarke said: “So little is known about this crucial friendship between Malcolm X and Muhammad Ali. Blood Brothers provides a deeper understanding into what made these two men tick, the intense role faith played in their bond and ultimately how their budding friendship came to an abrupt end.”

Netflix previously worked with Clarke on documentary series Unsolved Mysteries: Volume 1, as well as three episodes of the Rapture. Barris is also producing an upcoming documentary on civil rights attorney Ben Crump for the streamer.