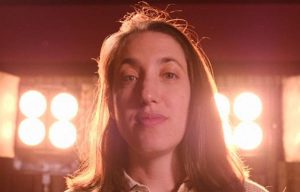 Under the agreement, Ample will work with the trio to develop and produce an unscripted slate of premium stranger-than-fiction films and series. The filmmakers also recently wrapped production on a yet-to-be-announced documentary for Showtime.

The filmmakers commented: “Aligning with a company like Ample allows us the creative collaboration and crucial infrastructure necessary as we continue to tackle characters and stories that matter and expand our international footprint. 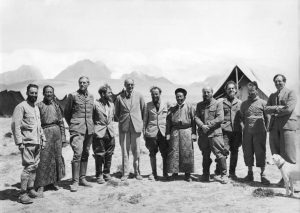 Produced by Toronto-based Go Button Media and distributed by Cineflix Rights, with a current focus on pre-sales, the series reveals the shocking work undertaken by an elite team of scientists and scholars established by SS leader Heinrich Himmler – to find ancient and ostensibly mystical relics to give the Nazis an edge in the war.

Richard Life, head of acquisitions at Cineflix Rights commented: “World War II is always one of the most popular subjects in the history genre, but fresh stories like this can be difficult to find. Go Button Media, with its track record for in-depth, well-researched documentary storytelling, will deliver a fascinating expedition series revealing the lengths the Nazis went to ‘prove’ the Aryan history they claimed.” 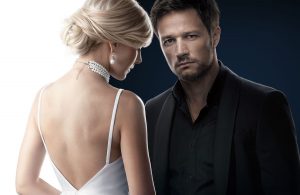 I’m On Your Side

Both shows are produced by Media Group Ukraine, with the 95 x 45-minute series Ruby Ring telling the story of two sisters, Anna and Yana, whose lives change drastically by events that alter their destiny.

The 48 x 45-minute I’m On Your Side, meanwhile, is a romantic crime drama based on the classic fairy tale Beauty And The Beast, where on one particularly bad day, Anastasiya becomes an involuntary witness to a murder and gets drawn into the dark world of crime.

Mansi Shrivastav, SVP and head  of content acquisitions & alliances at MX Player, commented, “International content is now widely accepted and available in India; at MX Player, we dub these in local languages so as to appeal to a wider set of audiences.

“After Korean and Turkish shows, there is a rising interest for Ukrainian dramas across the country, mainly because of how these stories depict the everyday lives of ordinary people and their trials and tribulations, making them relevant for viewers across the globe.”