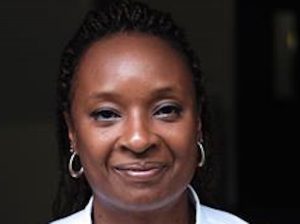 Banijay UK has appointed Initial exec Sandra Smith to the newly created role of director of production, with a focus on unscripted content.

Reporting to CFO Derek O’Gara and director of HR and operations, Bella Lambourne, Smith will join the senior management team for the UK group, and work alongside label directors of production and heads of production to ensure consistent and best working practices across the group.

Smith will also take up head of production duties for some of the group’s smaller labels, including Douglas Road and Definitely. She will provide support across the group’s production management teams, and work on production procurement, alongside head of operations and projects, Louisa Lockett.

She will also be responsible for talent sourcing and working with studios and facilities in the nations and regions as the group expands its operations outside of London.

Smith joins from Banijay UK label Initial, where she has also served as director of production since 2016, after joining in 2010 as head of production and working across shows including Big Brother, Wipe Out and Soccer Aid.

She has also held several production manager roles, including within Endemol companies, over the course of her 30 year career.

Smith’s appointment will subsequently see Jody Collins promoted to head of production for Initial. Currently a production executive at the label, across projects such as Soccer Aid, Collins will oversee Initial’s production slate and work closely with MDs Cat Lynch and Katy Manley to shape business strategy.

Derek O’Gara and Bella Lambourne commented: “Sandra is a hugely experienced director of production with an encyclopaedic knowledge of the industry. Working alongside production management teams in the business she will ensure that our working practices are the best they can be and are consistent across the group.”