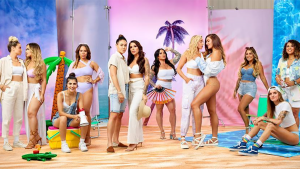 Amazon Studios has ordered a new docuseries following a group of lesbian friends living in Tampa Bay, a growing gay hotspot on the coast of the US state of Florida.

The series will debut this fall on Amazon’s Prime Video streaming service in the US, Canada, India, Australia, New Zealand, UK and Ireland, with a global release to follow.

The friends are described as an “ambitious and unapologetic” group who are always ready for an adventure or good party, but must constantly battle stereotypes and labels.

“Working on this show has been an incredible experience, and as a member of the LGBTQ+ community, I’m thrilled this type of series can exist in the premium streaming space,” commented showrunner Melissa Bidwell. “The cast is truly dynamic, refreshing and unlike any I’ve worked with – they certainly won’t disappoint! Viewers everywhere will be able to relate to them in one way or another, and I can’t wait for the world to fall in love with our Tampa Baes.”

Vernon Sanders, co-head of television at Amazon Studios, added: “This series is fun and celebratory. In a world where there’s a dearth of content centering dynamic lesbian women, Amazon Studios is excited to bring this vibrant look at these women’s lives and give the world a real entry point to undoubtedly know and love them.”