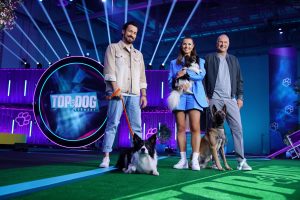 The six-part series, which will be known locally as Der Beste Hund Deutschlands (aka Top Dog Germany), is being produced by RTL Studios and will debut this coming Friday – 23 July.

The series sees extraordinary dogs and their owners compete nose-to-nose on a supersized canine obstacle course.

The Top Dog format was originated by Big Fish Entertainment in the US and first aired on A+E’s domestic channel as America’s Top Dog.

“A+E Networks is thrilled that this edge-of-your-seat, feel-good series will make its way to Germany,” said Robyn Hurd, VP of content sales, EMEA at A+E Networks. “The success of Top Dog truly speaks to our strong track record producing regionally replicable formats that appeal to viewers across the globe.”

Seven Network in Australia has ordered a special event series based on The Voice singing competition format to debut on Seven and 7plus in 2022.

The Voice: Generations is inviting singers and musicians from different generations of the same families to perform together in The Voice arena in what it is describing as a “world-first twist”.

The series is an ITV Studios Australia production for the Seven Network, with international distribution handled by ITV Studios.

Seven’s network director of programming, Angus Ross, said: ““We are so thrilled with [The Voice], we think it deserves a spin-off and The Voice: Generations is the perfect way to add an exciting new dimension to the format.” 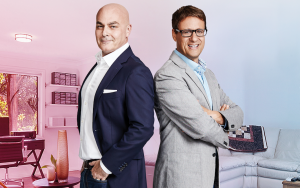 Nelonen in Finland and M6 in France have both commissioned local adaptations of Beyond Rights’ property show format Love It Or List It.

M6 has meanwhile licensed the format and is currently in pre-production, with no further details having yet been announced.

Further tape sales of the format include by Channel 4 in the UK and TV2 in Norway, which have both picked up the latest series of Love It Or List It: Australia.

Other deals struck by Beyond Rights for the tape of various local versions of the format include with SIC in Portugal, Mediaset in Spain, Wirtualna Polska in Poland, Discovery New Zealand, and others.