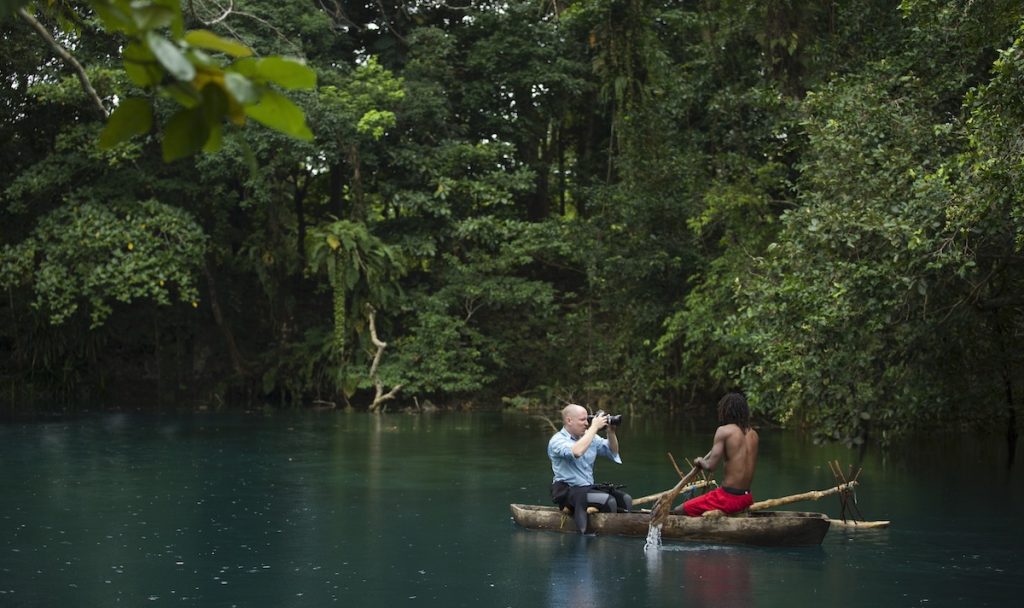 French broadcaster M6 has picked up There’s Something You Should Know from sales firm Distribution360.

The 6 x 30-minute series follows suitors as they choose matches from telephone conversations, only for the matches to reveal a physical disability ahead of meeting. The series aims to demystify stereotypes and promote honest discussions around disability.

Elsewhere, D360 has sold documentary Red Arrows: Inside The Bubble to Planete+, while Arte has acquired the hour-long Into The Arctic: Awakening, featuring artist and explorer Cory Trépanier as he explores Canada’s wilderness landscapes.

Italian broadcaster Rai 5 has picked up seasons two and three of photography show Tales By Light (12 x 60), while Welt24 in Germany has licensed true crime title Sex, Fame & Murder. Other deals include Kontent picking up Vedettes à Poils (Furry Stars) for Russia, the Baltics and CIS, with European OTT platform and thematic channel distributor Alchimie also adding the show to its slate.

The show, which is aimed at teens, follows the journey of four friends as they uncover mysterious secrets by listening to the past. It will debut in Belgium on VRT’s kids’ brand Ketnet in late summer and a second season is being shot.

BritBox UK tunes into Our Generation

BritBox in the UK is preparing to air a feature-length original doc that explores the history of British music.

Our Generation: The Music That Shaped Britain will launch 26 August and is from ITN Productions, which recently produced Secrets Of The Krays for the ITV and BBC Studios-owned streamer.

The show will offer “a definitive account of the key musical and cultural explosions which have rocked Britain through the decades – packed with revelation and insight from the people who know them better than anyone… because they were there.”

Channel 5 in the UK has picked up the entire back catalogue of COCO Content’s home-design series Room To Improve from Ireland’s RTÉ Programme Sales.

The deal, which follows C5’s success with seasons eight to 12, came as RTÉ’s sales division revealed it had secured distribution rights to documentary duo Donal Moloney’s Let The Rest Of The World Go By and Ruán Magan’s The Hunger: The Story Of The Irish Famine.

Let The Rest Of The World Go By tells the story of Matt Murphy, an elderly gentleman in failing health, who married his best male friend, Michael O’Sullivan, in order to leave his house to Michael without paying inheritance tax. It has already been picked up by UR in Sweden and Spafax for Aer Lingus.

The Hunger: The Story Of The Irish Famine, meanwhile, mines new research to tell the definitive story of the worst humanitarian disaster in Irish history. It is narrated by Liam Neeson and produced by Tyrone Productions and Create One in association with University College Cork, RTÉ and Arte.