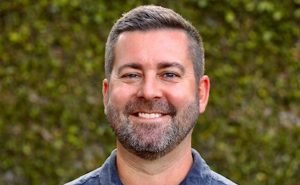 Lionsgate has hired a former Amazon Prime Video exec to lead its North American distribution operations, following a restructuring of the division.

Ryan Lowerre becomes president of domestic TV & digital distribution and will be responsible for overseeing the company’s 17,000-title film and TV show library in the US and Canada.

Lionsgate said the appointment completed the “reconfiguration” of its worldwide distribution operation, following a rejig in May that saw Kate Nexon and Chase Brisbin promoted.

Prior to joining Lionsgate, Lowerre served two turns at Amazon, most recently as head of licensed content for the US. He also worked at Disney-owned streamer Hulu, where he oversaw content investment into shows such as behind Black-ish, Power, The Good Doctor and Golden Girls.

Lowerre, who began his career at Twentieth Century Fox, reports into Lionsgate president of worldwide TV distribution Jim Packer, who said the exec would offer “a fresh and invigorating perspective” to his team.

“The demand for premium content is increasing all the time as more new buyers emerge to compete in the domestic marketplace. Ryan’s past work experience and business relationships make him the perfect candidate to help Lionsgate capitalise on the growing opportunities of an ever-changing media environment,” Packer added.

“Lionsgate is an entrepreneurial content leader at the forefront of innovative and bespoke distribution models, with a slate of current releases and a robust library that reach every corner of the world,” said Lowerre. “I’m proud to join Jim and the Lionsgate family in positioning the company as a partner of choice to domestic streaming and linear buyers as their appetite for content continues to grow exponentially.”