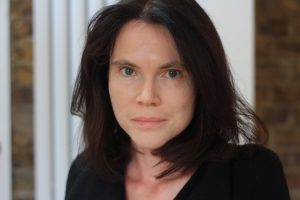 BBC Studios (BBCS)’s Factual Productions division has made more changes to its Documentary Unit, this time hiring an exec from UK-based Twenty Twenty as head of development.

Naomi Benson will join BBCS later this month and is being tasked with providing editorial direction, expanding creativity and ensuring the team generate ideas and new IP to suit a variety of clients and platforms.

She will focus on growth into new territories and with new buyers, reporting into Cate Hall, the Documentary Unit’s creative director of development.

Benson joined ITV Studios-owned Twenty Twenty in 2016 as a development exec and had overseen the development team since early 2020.

Her credits include Save Our Squad With David Beckham for Disney+, BBC2 duo All That Glitters and A House Through Time, and BBC1’s science doc Why Is Covid Killing People Of Colour?.

Before that, Benson worked at Voltage VT, DSP and Lion, where her development credits included 24 Hours In The Past for BBC1 and Outbreak Investigation for National Geographic.

Hall described Benson as “an outstanding creative, responsible for a huge breadth of clever, successful and returnable programme ideas.”

BBCS appointed Alan Holland to lead the Documentary Unit last week, replacing Amy Flanagan who is leaving the business to prioritise time with her family due to a family illness. The company had already overhauled its factual production operation last year and expanded the remit of its Documentary Unit, which spans five bases across the UK in London, Cardiff, Salford, Glasgow and Aberdeen.

It has been behind Basquiat: From Rage to Riches, Thatcher: A Very British Revolution and Crip Tales, among numerous others.