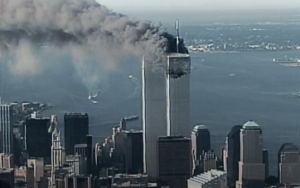 National Geographic in the US has ordered a six-part docuseries to commemorate the 20th anniversary of the 11 September 2001 attacks in New York City, Washington DC and Pennsylvania in the US.

The series, 9/11: One Day In America, will chronicle the events of that day – at times minute by minute – through the first-person narratives of the first responders and survivors who were there present during those attacks.

Developed and produced by 72 Films (Inside North Korea’s Dynasty) and executive produced by Dan Lindsay and T.J. Martin (LA 92), the series will air over four consecutive nights on National Geographic beginning 29 Aug with limited commercial interruption and made available next day on Hulu.

Caroline Marsden is series producer for 72 Films and Carolyn Payne is executive producer for National Geographic, while the series is directed by Daniel Bogado.

Produced in partnership with the 9/11 Memorial & Museum, the six-part series will span seven hours, with the first episode, which made its premiere at the Tribeca Film Festival last month, reaching feature length.

The series offers “a comprehensive and intimate look” at how the tragic events of that day impacted so many lives, with the filmmakers interviewing 54 people over the course of three years to recount the full story of that day.

“We all remember exactly where we were on Sept 11, 2001,” said Courteney Monroe, president, National Geographic Content. “Amidst the tragedy, chaos and sadness, what we also remember are the incredible feats of heroism, selflessness and humanity on display that day.

“With this series, we aim to immortalize these stories and continue National Geographic’s legacy of authentic, powerful storytelling that provides deeper meaning around important historical events.”