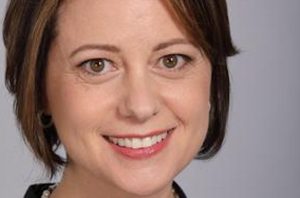 The exec has reportedly resigned on amicable terms to pursue other opportunities.

Her departure comes as a result of the company’s recent multi-year unscripted overall deal with ITV America, according to Variety, which first reported Lisio’s exit.

The deal was designed to bring the TV division closer to the core Blumhouse brand of horror, paranormal reality and suspense-driven series, with the company creating a new slate of unscripted projects for ITV America, with a dedicated team working in collaboration with the UK-based organisation’s US arm.

Lisio oversaw several of the company’s non-fiction and documentary films during her tenure as well as working to developing scripted content. This included the deal with NBC News Studios to produce show based on content from Dateline NBC, which led to the upcoming limited series The Things About Pam, starring Renee Zellweger.

She further was responsible for the upcoming docuseries Worst Roomate Ever, as well as Fall River for Epix and The People v. The Klan for CNN.

Before joining Blumhouse, Lisio was SVP of non-fiction and branded content, as well as EP of specials and non-fiction series for Scott Free and RSA Films. She worked on titles including Clive Davis: The Soundtrack Of Our Lives and Gettysburg.